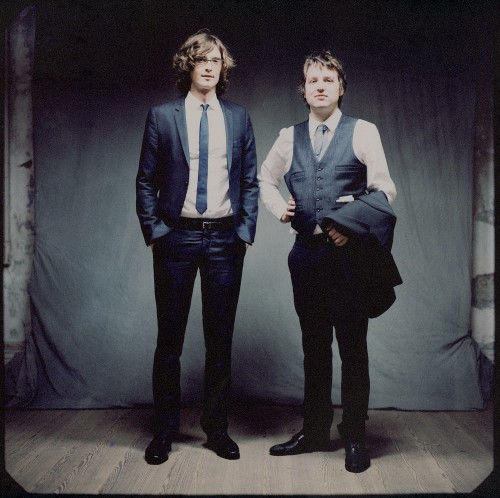 The folk duo of Kenneth Pattengale and Joey Ryan, better known as The Milk Carton Kids, have made a name for themselves with their Simon & Garfunkel-style harmonies and stellar acoustic guitar work. It’s not exactly the recipe you would imagine for a Pink Floyd cover, but in actuality Floyd’s “Wish You Were Here” is perfectly suited to The Milk Carton Kids’ M.O.

The recording starts with slowly finger-picked guitar, as does nearly every Milk Carton Kids song. Once Pattengale and Ryan start singing, though, the cover becomes immediately clear. Their voices, soft and perfectly enmeshed, soften the rough edges of Pink Floyd frontman Roger Waters’ vocals. The guitars find their way to the original melody here and there while still sounding like an original compilation. It’s hard to believe the song was recorded in front of a live audience on a single microphone.  The track will be released on iTunes and Spotify October 23rd, but until then you can listen to the video below. Just don’t operate any heavy machinery at the same time.

Check out more from The Milk Carton Kids at their website and catch them on their North American Tour now.