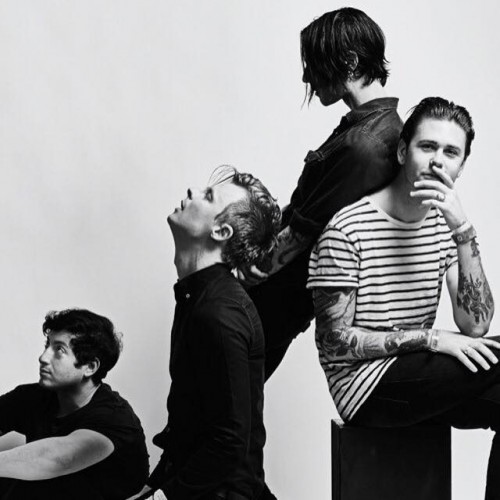 What would Halloween be without a song about ghosts?

Okay, I realize that the Psychedelic Furs’ “The Ghost in You” is as much about ghosts as Dylan’s “Rainy Day Women #12 & #35” is about girls with umbrellas, but hey, it’s Halloween and there is a ghost in the title.

I have great memories of this tune.  Every time I hear it, I think of Fruit Stripe gum and Jenny McEntire.  (Not necessarily in the order.)

Maybe I should explain.  Back in ’84, I used to go over to Jenny’s house to listen to The Furs’ Mirror Moves cassette.  We wore that tape out.  And the gum?  For reasons I can’t explain, Jenny smelled exactly like Fruit Stripe gum.

Anyway, throughout the years, I have listened to every cover that I have been able to get my hands on of this song.  None of them have been able to evoke the same feelings and (Fruit Stripe) memories of the original…until I heard this cover from Dear Boy.

Dear Boy hails from L.A. and consists of Ben Grey, Keith Cooper, Austin Hayman, and Nils Bue.  Lately, they have been receiving rave reviews for their shows as they have opened for such acts as Peter Murphy, Cloud Nothings, and The Maccabees.  Their first EP – which includes the single, “Oh So Quiet” – is solid work.  They are currently working on their second EP with producer Doug Boehm, who has worked with Oingo Boingo, Danzig, Celine Dion and Katy Perry, to name a few.

I asked singer Ben Grey why they covered this song.  He told me that it “has a bittersweet quality that has come to color all of our music. The words are beautiful, the melodies are unreal.”

Dear Boy also had a “collective flip out” when they learned that The Furs’ front man, Richard Butler, not only heard their version, but was into it.  Ben told me, “It’s one of those surreal moments in life that make you feel better than you’re supposed to feel.”