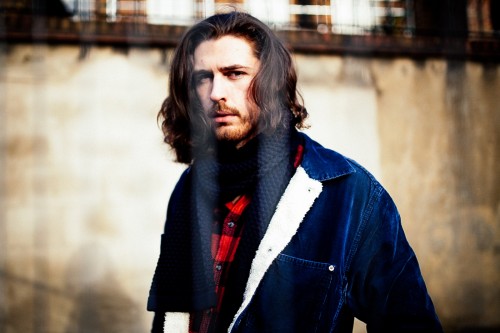 Six months into this year, we asked our writers What’s your favorite cover song of 2015 so far?. One answer was, in part, a cover of Hozier‘s hit “Take Me To Church” (blended wonderfully with “Crazy in Love”). Well perhaps by year’s end, Hozier will make our list himself with his own cover, of Paul McCartney’s Beatles classic “Blackbird.”

He started performing it on tour a few weeks ago, and it’s so totally rearranged we have to think it will get an official release at some point. Surely he’s not going to waste this on just some grainy cell phone videos (like the one below). It sounds almost like a Paul Simon song, with some vaguely African rhythms, beautiful backing vocals, and tasteful guitar. Until we have a better version, watch Hozier cover “Blackbird” below.