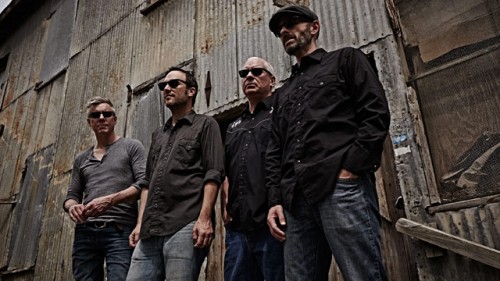 Texas’s Toadies first broke through in 1994 with their classic “Possum Kingdom,” an anthem for rural stalker-murderers everywhere. Twenty years later, they’re still going strong with a new album, Heretics, out this month. It features reimagined versions of fan favorites including, yes, “Possum Kingdom,” plus plenty of songs with equally creepy titles like “Queen of Scars” and “Dollskin.” One song that wouldn’t seem as creepy is a cover of Blondie‘s “Heart of Glass” – but it turns out they made that dark too – similar to what they did with LCD Soundsystem a few years back.

“I was driving my daughter home one day and ‘Heart of Glass’ came on the local NPR music station,” frontman Vaden Todd Lewis told Consequence Of Sound. “Having a daughter I’ve become especially tuned into female singers and their lyrics. I’ve heard this song and liked it for so many years, but I never really put an ear to the words. Suddenly it struck me as very sad. When we got home I sat with my daughter, learned the changes on acoustic guitar and began slowing it down until it fit the mood I was getting from the lyrics. Later I made a quick recording of it, set it to the guys and it wound up on Heretics. One of my favorite tracks off this record.”