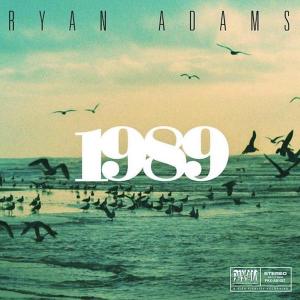 Apparently, he’s a fan. Enough of a fan to cover her newest record, 1989, in its entirety.

A well-loved indie artist covering a giant pop album is ripe for an irony-drenched, wink-at-the-camera type of affair. Thankfully, Adams isn’t new to covers (his “Wonderwall” cover is one of his best-known songs), and he knows how to present these songs with nothing but straight-faced sincerity. The result is something that might actually be the version of 1989 that Swift’s “I liked her country stuff better” fans wanted. If anything, Adams’ alt-country takes on these songs only make the point that despite having more pop-appropriate production, Swift’s songwriting is sharper than it has ever been.

Stylistically, a lot of the Adams versions of the 1989 songs carry over the classic rock feel of Adams’s last solo album. “Wildest Dreams” could be Neil Young. “I Know Places” seems to be trying for a bit of Tom Petty’s swagger. “Style,” in Adams’s hands, becomes a garage-rock stomper.

Even with the arrangements changed up, the starkest difference comes through the singing, switching out Swift’s wistful, layered, echoey vocal takes for Adams’s fragile, just-about-to-break voice. “This Love,” especially, showcases the beautiful imperfection of Adams’s singing as he struggles against the song’s tricky melodic jumps (and doesn’t always make it).

Any issues with the album has are small. Adams skips the bridges to “Blank Space” and “Style,” which is disappointing. He gender-swaps all of the lyrics, which is usually a beginner’s mistake. Also, some of the lyric switches on 1989 are interesting, or at least seem calculated. “James Dean daydream look in your eyes” becomes “Daydream Nation look in your eyes,” a switch that will either make you laugh or swoon. Changing “We’re young and we’re reckless” to “So goddamn reckless” in “Blank Space” replaces Swift’s playfulness with an aching regret.

Even when they don’t work perfectly, the switched lyrics at least show that Adams is coming at these covers as actual songs, pulling his own meaning from them. His head is clearly in a much different place than Swift’s was when she recorded 1989 (Adams recently went through a divorce). If you really listen Swift’s version of 1989, you’ll find Adams didn’t have to dig too deep to find sadness in the lyrics, but he still does his best to bend and twist these songs into something that has meaning for him. The echoes in “Gone was any trace of you” at the end of “Clean,” for example, are sadder when put in the context of Adams’s divorce.

So what is the album? A throwaway novelty? Attempt to get press? Both? In the end, it doesn’t make any difference. No, it’s not better than Swift’s version, but even if it doesn’t surpass the original, Adams’s take on 1989 is a good record that will hopefully bring Swift fans to Adams and vice versa. But more than that, it’s an album fueled by the intensity of a man dealing with a difficult moment in his life by finding a voice in someone else’s songs.

Apparently, Adams has already finished his next record of original songs. Will any songs sound like Taylor Swift this time around? If one does, nobody should be surprised. And after listening to Adams’s 1989, you’ll likely find yourself hoping for it.

Stream the entirety of 1989 on YouTube, or buy it on Amazon.