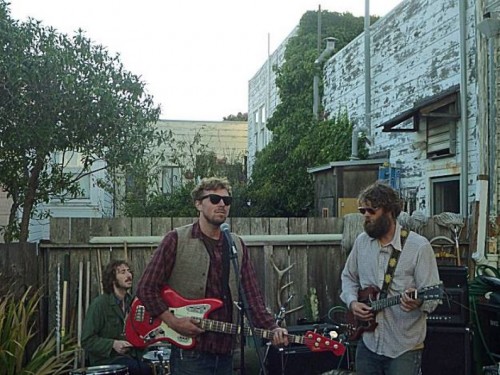 Back in the late ’90s, there was a California band named Rodriguez that consisted of Matt Ward and Kyle Field.  (They went through more drummers than Spinal Tap.)  Rodriguez released only one album, but those two guys went on to create names for themselves.  Matt Ward shortened his name to M. Ward, and – among other projects – is now the “him” in the duo She & Him.  (The “she” is actress Zooey Deschanel.)

Kyle Field – who is also a talented visual artist – went on to form a band called Little Wings.  Little Wings has released quite a few albums since then, but they only came to my attention recently when they covered Billy Idol’s “Eyes Without a Face”. I absolutely loved the way Kyle and the Wings remade that song.  Needless to say, I was downright giddy when I heard that Little Wings was covering Madonna’s classic, “Live to Tell”.