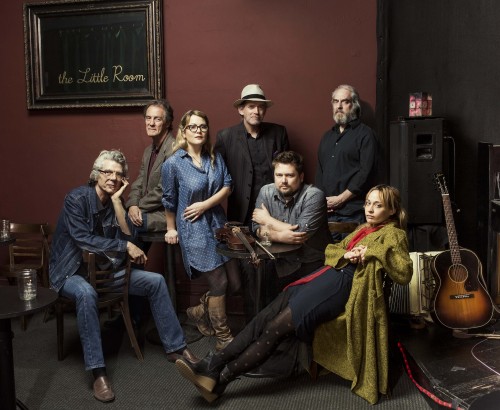 For thirteen years, siblings Sara and Sean Watkins – best known as two-thirds of Nickel Creek – have been hosting a monthly “Watkins Family Hour” concert in L.A. Frequent collaborators include Fiona Apple and the Heartbreakers’ Benmont Tench, and they and more have finally recorded a debut album due out next week. It’s all covers, and the closing track is especially timely with the Grateful Dead just wrapping things up last week: the Dead’s American Beauty classic “Brokedown Palace.”

“I learned ‘Brokedown Palace’ from Garrison Keillor on a tour I did with him a few summers ago,” Sara told The LA Times, who premiered the track. “I feel like this song wants to be played, and I love to sing it.”

“‘Brokedown Palace’ is one of those songs that, once you start playing it, seems to play itself,” Sean told the Times. “It’s a Grateful Dead song and thus, relatively new, yet it feels like a song that has always existed. It just feels so good right off the bat.”

Listen to “Brokedown Palace” below, plus their already-released cover of Fleetwood Mac’s “Steal Your Heart Away.”

Check out more Watkins Family Hour at their website. The album comes out July 24.