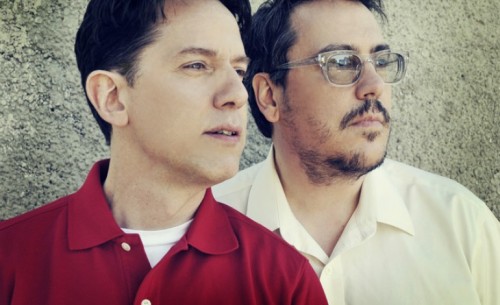 The A.V. Club’s Undercover series has been producing great covers for many years now with the same premise: a list of songs chosen by the staff and fans, slowly whittled down by the bands coming in to cover them. It has resulted in incredible combinations (GWAR’s version of “Carry on My Wayward Son” being the most startling) and plenty of entertainment. One of the most creative renditions of a tough cover, Chumbawamba’s “Tubthumping,” came from the stalwart experimental rockers They Might Be Giants. The Johns (singers Linnell and Flansburgh) returned to the A.V. Club recently to cover Destiny’s Child‘s “Bills, Bills, Bills.”

I am not going to lie: when I first started listening to this cover, I didn’t think I was familiar with the original. The heaving, crunching bassline and Linnells nasally, rushed lyrics weren’t ringing a bell. Then the chorus hit and I went, “oh yeah!” If you haven’t heard it in a while, it deserves a listen. TMBG’s version is thoroughly listenable; it sounds like it could have been released by an alt-rock band in ’99 when the original hit the radio waves. The sharp, staccato of the chorus, keyed-up guitar and that bassline are reminiscent of old-school Weezer. Of course those vocals are impossible to belong to anyone but TMBG. Although the band was clearly having some fun at their own expense, with results like this lets hope they keep coming back to A.V. Undercover. Check out the video below.