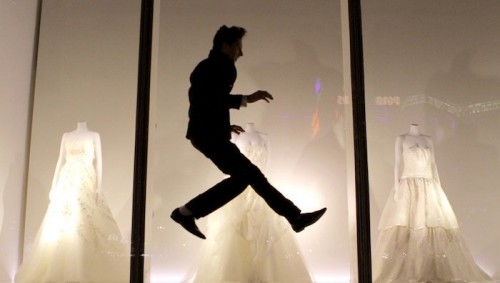 Justin Vernon of Bon Iver has put together a music festival in his hometown of Eaux Claire, WI this summer, and they’ve been putting some cryptically-titled videos to promote it. One, titled “It Was a Train That Took Me Away From Here…” turns out to be a cover of Tom Waits‘ “Train Song” by Francis and the Lights. Performed surrounded by lights, it’s a beautifully-shot minimalist piano cover a far cry from the full band’s dancier work.

Despite touring with Drake, Ke$ha, and more, Francis and the Lights seems to be an on-again, off-again project for the man who goes by Francis Farewell Starlite. He once claimed his main inspiration was the grammar manual The Elements of Style, particularly the idea of less is more in terms of how much you release. Less definitely is more on this beautiful cover, watch it below.

Find more about Francis and the Lights here and the Eaux Claires Music and Arts Festival here.