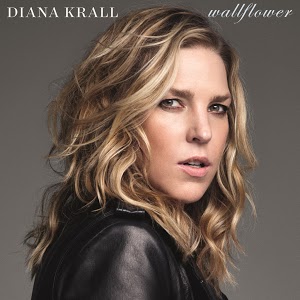 A lot of the blame for this album can probably be tossed onto producer David Foster (whose daughters, weirdly enough, currently have a mockumentary-type show on VH1). The whole album is drenched in dreamy strings, gentle (or non-existent) percussion, and whimsical piano. Not that the production on any one song ruins the whole thing, but the arrangements all seem to be exactly the same. If these songs weren’t currently playing in every dentist office in the country at this exact moment, you wouldn’t be able to tell them apart.

To be fair, there are some attempts to shake the songs up. For instance, “Alone Again (Naturally)” (surely one of the most depressing songs to top the pop charts) features guest vocals from Michael Bublé, but the choice of song to have Bublé sing on seems almost random. With such a personal song (which describes thoughts of suicide), why make it a duet?

The title track, a little-known Bob Dylan composition (released as part of his Bootleg Series of recordings), plays out decently well. Krall’s sandpaper-sweet voice doesn’t really match Dylan’s rasp (and really, who would want it to?), but the result works. “Desperado,” too, is pleasant, even if the arrangement isn’t too far from the original Eagles’ version.

“California Dreamin’” is a little jazzier than most of the tracks (she’s still a jazz artist, she promises), especially during the piano solo, but it’s hard to stomach another cover of this song. It’s an undeniable masterpiece, but there’s a limit.

One of the most interesting additions to the album is the song “If I Take You Home Tonight,” an original song (can I talk about this on a website devoted to cover songs?) written by, strangely enough, Paul McCartney. While McCartney hasn’t been at his songwriting best in years, “FourFiveSeconds” (his collaboration with Rihanna and Kanye West) is a good song, and his last album was solid. All of this makes it even more disappointing that “If Take You Home Tonight” is such a snooze. Grab a copy of Band on the Run instead. You’ll be better off.

So, to go back to the initial question: who is this album for?

There’s a demographic, for sure. Background music in coffee shops, people whose copy of the Mamma Mia soundtrack is just about worn out. This isn’t to say that Diana Krall isn’t capable of putting out a great album (When I Look in Your Eyes holds up incredibly well). The point is that she’s capable of making amazing music, and Wallflower just isn’t it. Here’s hoping her next batch of songs does her legacy justice.

Preview, buy, and download Wallflower at iTunes and Amazon.