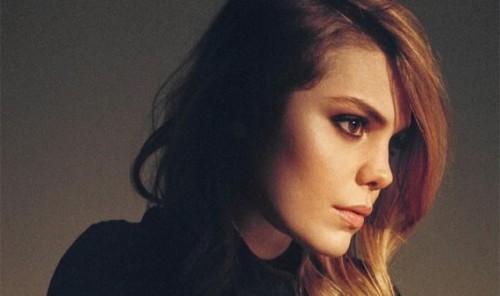 Francophone chanteuse Cœur de Pirate revels in the art of soothing piano-driven reworks, and with this latest cover of English electronica trio Years & Years (whose frontman some might recognize from the British Skins), she continues to show off that prowess.

Surprising no one, Béatrice Martin takes on the track with the easy grace of someone navigating through familiar grounds, which she is. This is by far the Québécoise singer-songwriter’s first incursion into cover territory – fans may remember her chilling Weeknd cover, and more recently, the work she’s done for the fifth season of Canadian television series Trauma, wherein she took on the likes of Amy Winehouse, the Rolling Stones, Bill Withers, Tom Waits, The National and Bon Iver (to name a few). Quite the repertoire.

A repertoire she readily expands upon with this Years & Years cover. Béatrice Martin transforms the bubbly synth-pop track into an intimate and moody acoustic reinvention, stripping “Take Shelter” of its playful nature and opting instead for mellow piano phrases and gentle string lines intertwined between her angelic voice.

Listen to it down below.