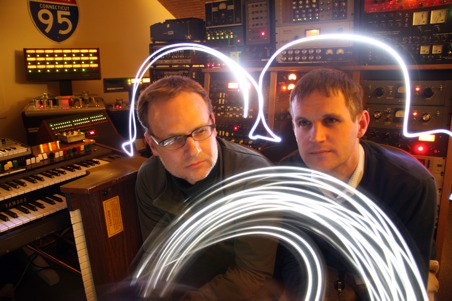 Right now, Peter Katis’ resume reads 365 album credits. His contributions range from engineer, to producer, to mixer, to instrumentalist with well-known artists and bands such as The National.  A seasoned musician, Peter recently enlisted his talented eleven-year-old nephew, Henry Katis, to sing lead vocals on a beautiful cover of Supertramp’s ’70s hit, “The Logical Song” with his band, The Philistines, Jr.

If Supertramp’s “The Logical Song” didn’t already tug at your heart strings with lyrics depicting the societal putrefaction of our innocent souls, listen to the voice of a child singing about becoming “logical, responsible, practical”. The song was recorded as part of a compilation benefiting WFMU, a listener-supported, independent community radio station from Jersey City, New Jersey.

The video below shows footage of Henry as a 7-year-old alongside more recent, more “logical” footage. (via Paste)