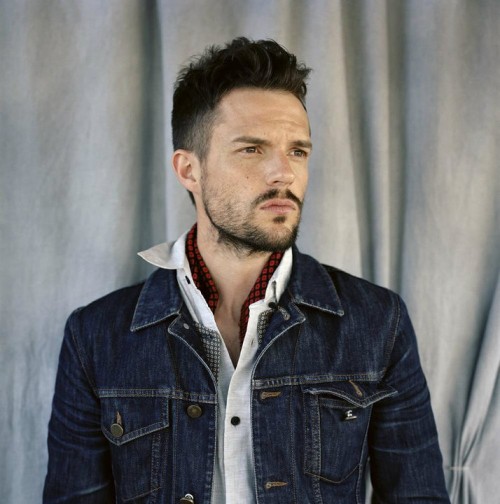 I only say this because I have multiple family members and friends that fit into the latter category.

Take my friend, Melinda.  Here is a woman who is happily married with two children, yet refers to herself as “The Future Mrs. Flowers”.  A few weeks ago, she and a friend drove the nearly six hours from Salt Lake to Las Vegas to see Flowers perform, only to find out that the show was cancelled.  When she heard the news, she went right back to the hotel, changed into a pair of sweats and an over-sized Killers Hot Fuss t-shirt, and ate a steady diet of Chinese take-out, Diet Coke and Ben & Jerry’s ice cream.

For her, this wasn’t just a cancelled concert.  This was the equivalent of being left at the altar.

Last week, Flowers rescheduled the concert.  Once again, Melinda took the drive to Vegas to see him perform at the Bunkhouse Saloon.  (This time her husband tagged along, just in case he had to bail her out of jail due to a restraining order violation.)

Knowing that I have a thing for covers, she told me that her “boyfriend” – her word, not mine – did a cover Robert Palmer’s “Simply Irresistible” at the show.

Brandon and his band, The Killers, have done their fair share of covers in the past.  From Kenny Rogers’ “Ruby Don’t Take your Love To Town” to Dire Straits’ “Romeo and Juliet” to the Raspberries’ “Go All The Way”.  (Used for the end credits of Tim Burton’s Dark Shadows.)

And while I may not be the “Flowers-head” that my friend is, I have to admit, there’s something about his performance here that makes him…well… “Simply Irresistible”.