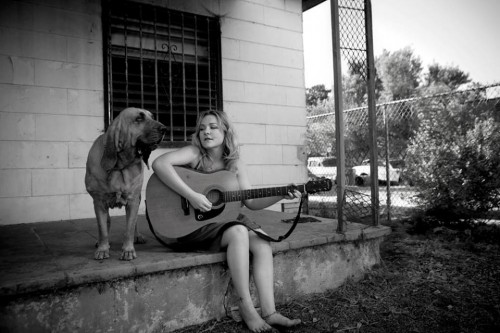 So it comes as no surprise that this girl from Oklahoma is beginning to make a name for herself.  She co-wrote the song “Who I Was Born to Be” along with Mark Linn-Baker (yes, the guy from TV’s Perfect Strangers), which was included on Susan Boyle’s debut album.  Miranda Lambert is currently enjoying the success of the Mae-penned “Little Red Wagon”.

Still, Audra has become famous for her covers, which include Whitesnake’s “Here I Go Again” and Dylan’s “Forever Young”.

Her take on “Never My Love”, made famous by The Association, is closer to the original than the previously mentioned covers.  It is recorded as a duet with Billy Valentine, however, which makes it sound different.  Along with nearly every song on the newly-released Songs of Anarchy Vol. 4, the song is backed by The Forest Rangers.