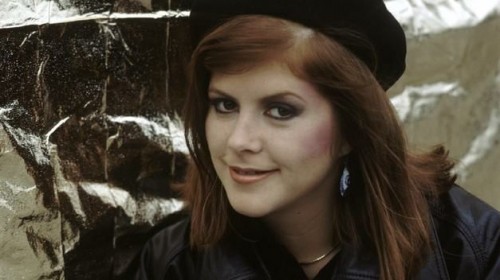 Kirsty MacColl was still in her teens when she wrote and recorded “They Don’t Know.” It should have been a major smash, and in a way it was, peaking at #2 on a UK airplay chart; unfortunately, her distributor picked a horrible time to go on strike, which meant the single never got released, which meant it never placed on the sales-based UK Singles Charts. It took Tracey Ullman’s near-soundalike cover four years later to bring the song into the top ten where it belonged. Kirsty helped out with the backing vocals (that’s her a cappella “BAY-ee-BEE-ee!”), and she never resented Tracey for coming up with the brass ring that in a perfect world would have been hers; instead, she said things like “I don’t mind a bit of reflected glory” and “I’m grateful for (her) paying the rent.”

On MacColl’s website, the song has not one but two pages devoted to covers of “They Don’t Know.” Here are five of them…

With the Corrs on hiatus, their lead singer has stretched her wings a bit, moving away from the traditional folk sound and doing more popular fare. Her version of “They Don’t Know” appeared on 2011’s Lifelines, an all-cover album with very diverse original artists – were Daniel Johnston and Vangelis ever paired up before? – and Corr’s lovely voice helped it stand out.

The Sweptaways have been “keeping singing ladies off the streets since 2003,” to quote their Facebook page; they’re thirty-some-odd Swedish women singing songs arranged choir style, and they give off the vibe of the Polyphonic Spree going to about five and a half. Usually an a capella group, here they recruit Swede popster Anders Wendin, a.k.a. Moneybrother, to mix a little campfire into their “They Don’t Know.”

From Here Comes the Reign Again (which you may remember us naming one of the best cover albums of 2014) comes this version of “They Don’t Know.” Graham Alexander not only slows it down, he sees fit to alter the lyrics – not just pronoun changes, but with the sensitive singer-songwriter recovering from being hurt. It’s a curious change, but it doesn’t harm the song at all.

Katrina Leskanich will always be best known for “Walking on Sunshine,” but she doesn’t need to belt it out to bring the feeling. Her acoustic version of “They Don’t Know” pulls off the remarkable trick of piercing even as it caresses.

The Gigolo Aunts apply their power pop sound to “They Don’t Know.” It’s amazing what some fuzzy jangling guitar and a few handclaps can do; the song really comes to life in their hands, turning from a winsome statement of fact to a rockin’ assertion of self.

Get Kirsty love at iTunes and Amazon.