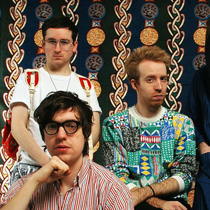 20. Atomic Bomb (William Onyeabor cover)
Hot Chip
Following on from a re-appraising collection of Nigerian funk-master William Onyeabor, an album of remixes and covers was released with the ever-keen Hot Chip boys doing the title track from his 1978 album. They go for a smooth dubby sound that suits both the singers’ voices. The song floats along with brilliant falsettos and breezy afropop rhythms alongside some lovely synth-work that Onyeabor pioneered with his Moog back in the day. Hot Chip continue to impress with their cover choices. –Stephen Gwilliams 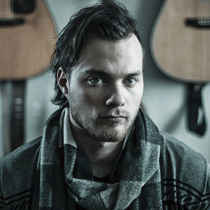 19. Heart Shaped Box (Nirvana cover)
Ásgeir
Ásgeir Trausti is still on the rise here, but in his home country of Iceland he’s already massive. His debut album was the fastest-selling in Icelandic history; reportedly 1 in 10 people in the country own it, which seems more insane the more you think about it (Taylor Swift would have to sell 12 times what she does to achieve that here). If you want to conquer America, though, you could do worse than to nod to a band like Nirvana. This haunting, chilly cover with Ásgeir’s emotional falsetto shows what all the hÿþe is about. -Ray Padgett 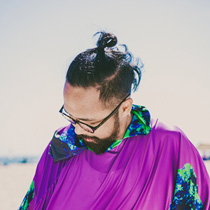 18. Something About Us (Daft Punk cover)
Spazzkid
L.A based artist Spazzkid sets the tone right with this laid-back cover of Daft Punk’s feel-good classic, offering us a tune that evokes chill vibes with blissful synths and bouncing beats tinged with memories of those cool summer nights. This one’s a cover you don’t want to miss out on. -Raphael Camera 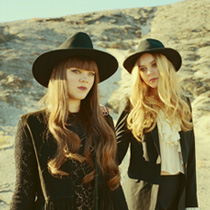 17. Walk Unafraid (R.E.M. cover)
First Aid Kit
R.E.M.’s 1998’s album Up, recorded after the retirement of drummer Bill Berry, evidenced a somewhat inexplicable decision to move further away from the band’s guitar-based sound and increase the use of keyboards and electronics and R.E.M. never fully recovered creatively or commercially. The original version of “Walk Unafraid” was moderately catchy, with an uplifting message of courage and facing one’s failures, but it also contains distracting electronics. Swedish sisters Johanna and Klara Söderberg, known as First Aid Kit, recorded this cover for the soundtrack of the movie Wild. It retains the brooding intensity of the song, adds the sisters’ distinctive harmonies and uses a more direct arrangement while jettisoning the annoying electronics, significantly improving on the original. -Jordan Becker. 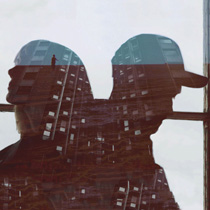 16. Running Up That Hill (Kate Bush cover)
Avec Sans
Few would argue with the idea that “Running Up That Hill” is a classic, but when you listen to the original, you could argue that Bush’s song and vocal performance is undercut a bit by the thin production. This song is meant to be massive, but the tinny drum machines and dates synths make it only pretty-big. It sounds more like jogging than running. Avec Sans’ cover remedies that, crashing in with a vengeance, upping the adrenaline without losing any of the magic that made the song great in the first place. -Ray Padgett 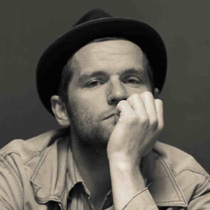 15. The Snake (Al Wilson cover)
David Ford
Somewhat belying the song’s suggestive lyric and usual knowing sleaze, Ford plays it straight as the old blues crooner he isn’t, just voice and six-string. But, here, he could be and it works. Surprisingly slight for Ford and his tendency to embellish but think Taj Mahal’s cover of “Honky Tonk Women” and you’re in the right territory. -Seuras Og 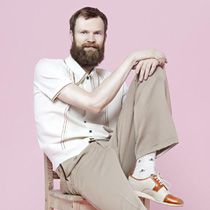 14. Johnny and Mary (Robert Palmer cover)
Todd Terje ft. Bryan Ferry
Almost unrecognizable as it starts, the melody slowed and barely there, apart from in undercurrent. Ferry almost croaks the lyric, sounding quite unlike anything else he has done. As the song adds layers, it grows, as a complement to rather than in competition with Robert Palmers original. Is it better? No, but it’s a keeper. -Seuras Og. 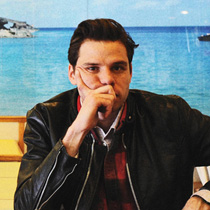 13. Always On My Mind (Willie Nelson cover)
Bahamas
Willie Nelson’s cover of “Always On My Mind” doesn’t often show up on greatest-cover lists, despite the fact that it made people forget that Elvis Presley himself first charted with it, with his cover from a decade earlier. The Pet Shop Boys’ cover was recently named the best cover ever in a BBC poll. Add Bahamas to this evergreen song’s Cover Wall of Fame; theirs is a quiet take that slows the already deliberate song even further, making it perfect for haunting the heart’s hallowed hallways. -Patrick Robbins 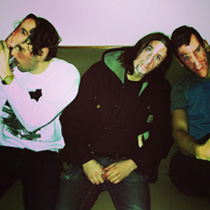 12. Revelator (Gillian Welch cover)
Papertwin
The obvious choice, which others have followed, is to take Welch’s acoustic “Revelator” and turn it into an electric Neil Young-like minor key rock ballad. Papertwin delivered something completely unexpected, a synth driven version of the song that references the original with open space and behind the beat vocals. It tells the same cryptic story, but the change in viewpoint allows for new interpretations. -Chet Thomas 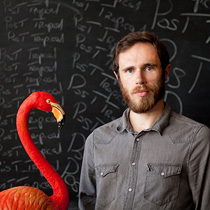