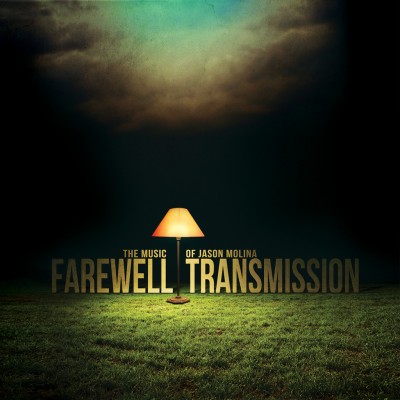 Twenty-seven tracks is a pretty unwieldy number for a tribute album, but the artists on Farewell Transmission keep the quality surprisingly high across this two-hour set. My Morning Jacket stand head and shoulders above everyone else here in name recognition, but a lot of the under-the-radar artists rise above with revelatory takes on songs by the recently deceased Songs: Ohia and Magnolia Electric Co. writer. Enemy Plane’s thunderous take on the formerly pensive “Lioness” is a particular highlight. 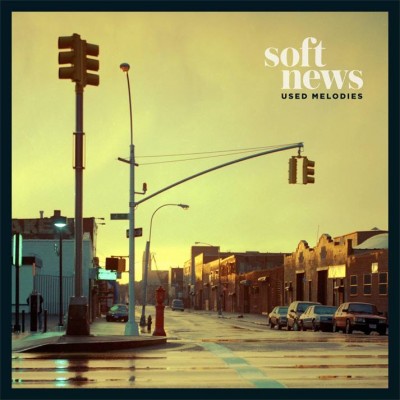 Used Melodies is billed this as a collection of soft rock covers of songs from the ’80s, but that seriously undersells it. For one, there’s a Big Star song from ’78, and a few tracks from the ’90s. More importantly, though, the songs may be quiet, but this is not some tongue-in-cheek Michael McDonald genre exercise. Whether doing A-Ha or Lionel Richie, Soft News eschews the obvious at every turn – they cover two Journey songs, and neither is the one you’re thinking of. You’ll never be so moved by Billy Idol. 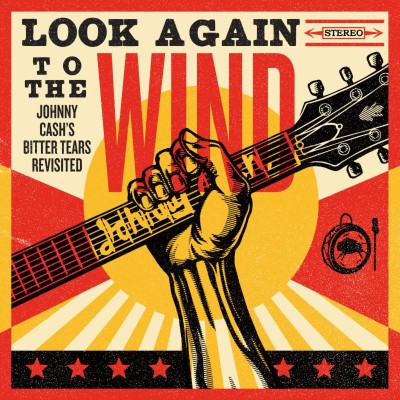 Johnny Cash’s Bitter Tears album reached the half-century mark this year, and its songs have lost none of their sting – the scars inflicted on Native Americans throughout the centuries are a part of this nation’s body, and Cash examined those scars with a clear, weary eye. Look Again to the Wind sees contemporary Americana artists covering the whole album, and if they bring their genre’s inherent warmth to the songs, that warmth doesn’t obscure the pain of the originals. A moving salute to Cash, co-writer Peter LaFarge, and the people their album is for and about.

7. Shawn James & The Shapeshifters – The Covers
Buy on iTunes or Amazon 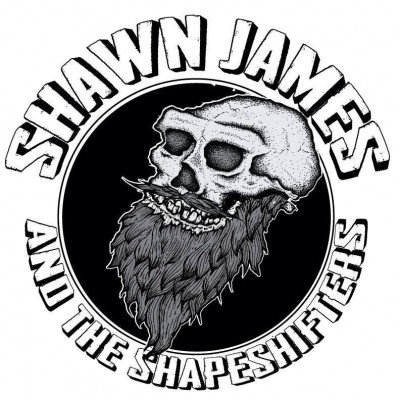 With a bellow as big as all outdoors, Shawn James hollers and yells his way through eight mostly folk or blues songs, with stops at John Legend and Iron Maiden along the way. “God’s Gonna Cut You Down” gets even more threatening than it was in Johnny Cash’s rendition, and “John the Revelator” summons the apocalypse with a chain-gang stomp. For the last song, though, James suddenly gets quiet for a soulful “A Change Is Gonna Come,” showing this guy’s got more up his sleeve (and in his throat). 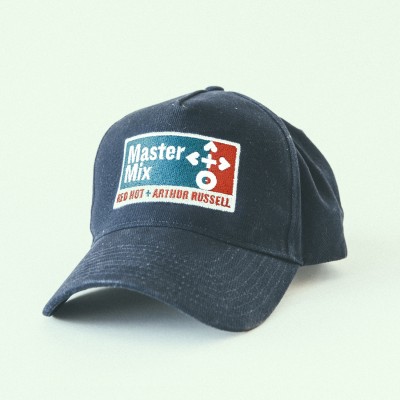 The two biggest “all-star” tribute albums this year honored Paul McCartney and Arthur Russell, but they featured a very different cast of characters. While the McCartney contributors were mostly stars from the ’60s and ’70s, Red Hot pulled together their peers in the millennial indie world. From Sufjan Stevens to Robyn, a who’s who of the Pitchfork set brings out the best of this experiential songwriter and composer. Frequently these bids for music-blogger salivating disappoint. This one justifies the hype.

5. Dr. John – Ske-Dat-De-Dat: The Spirit of Satch
Buy on iTunes or Amazon 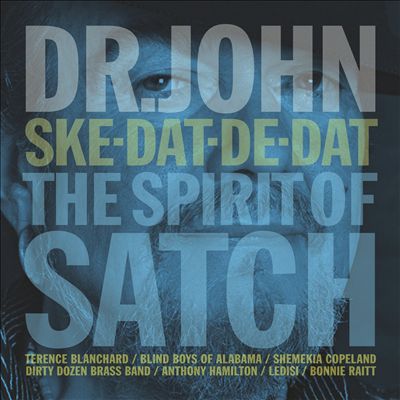 Dr. John covering Louis Armstrong sounds exactly like you think it will. And it’s glorious. Joined by a host of like-minded wanderers from Bonnie Raitt to the Blind Boys of Alabama, the good doctor rasps and grooves his way through songs that are deep in his bones. From the opening a cappella notes of “What a Wonderful World,” you can tell Dr. John’s sense of rhythm and play will revive even the most overplayed chestnut. From Gris-Gris to Desitively Bonnaroo, Dr. John has a long history of great albums with nonsense-word titles. ‘Ske-Dat-De-Dat earns its place in the lineage. 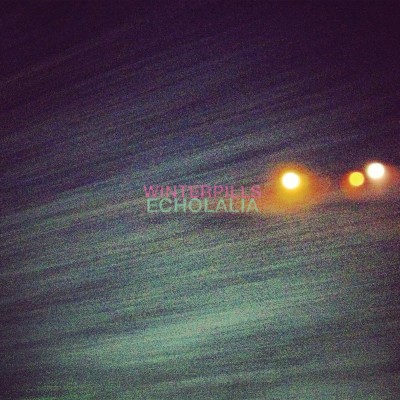 The Winterpills from Western Massachusetts originally planned to dash off a collection of their favorite covers as a fun thing to do between “real” albums, but it wound up taking two and a half years for Echolalia to be released, and the result is far from casual. Instead, they set out to transform the work of their biggest influences into something new. Nonfans may not know any of the originals beyond the Beatles’ “Cry Baby Cry,” but rest assured that all the covers are equally as breathtaking in their new finery, be it dream-pop, alt-folk, or otherworldly. 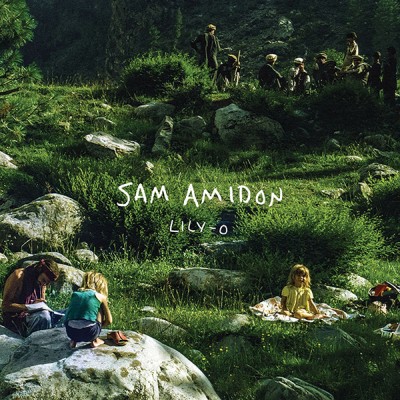 Sam Amidon’s last album included Mariah Carey and Tim McGraw covers. The one that before that tackled R. Kelly. This year’s Lily-O includes no choices so eye-catching, instead focusing fully on Amidon’s endless knowledge of old folk songs. It may not make for as eye-catching a headline, but it shows Amidon doing what he does best, reclaiming dusty mostly-forgotten songs from the public domain into vital, beautiful meditations. Witness the title track, a nine-minute murder ballad with jazz guitar great Bill Frisell augmenting Amidon’s lilting vocals (if that sounds too serious, the next song is about eating groundhog brains).

2. Various Artists – I Saved Latin: A Tribute To Wes Anderson 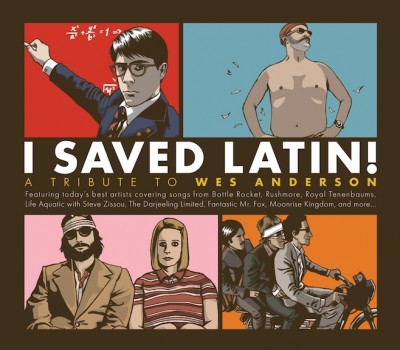 A tribute album to a director? It could only work with Wes Anderson (fine, maybe Scorsese or Tarantino). It’s actually a clever idea though, offering an excuse to cover totally disparate songs under one roof. And the mostly-indie acts here do it admirably, whether it’s Saint Motel’s “A Quick One While He’s Away” (Rushmore) or Elk City’s “Play With Fire” (The Darjeeling Limited). To give credit where it’s due though, this album is really a tribute to Randall Poster, Anderson’s longtime music supervisor who was responsible for the original soundtracks. 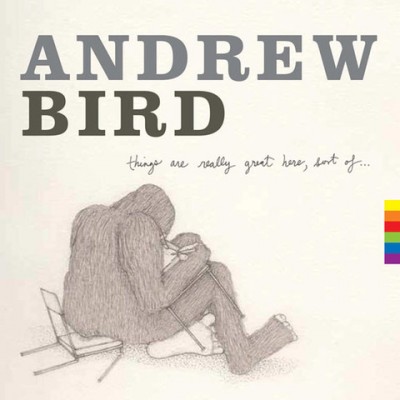 Though they’ve been playing music for 20 years, the Handsome Family likely reached more people by having their song “Far From Any Road” used as the theme for True Detective than everything else combined. Longtime supporter Andrew Bird, who has covered them twice before, used the occasion to put out a complete tribute album. In Bird’s deliver, the husband and wife’s songs of old, weird Americana kitsch – each song on their last album was about a different animal – will hopefully reach listeners who might find the originals too weird. He polishes them just enough with his trademark violin and whistling, spotlighting the songwriting that a rabid cult of fans have loved long before HBO came a-calling.

Listen to all our picks at this Spotify playlist. And check back Monday for Best Cover Songs of 2014.