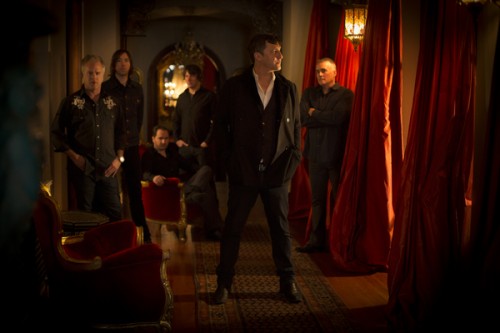 Alt-rock heavyweights The Afghan Whigs, who released their first studio album in 16 years this April, have never shied away from covering a song. Finding a mildly sinister way to do it is nothing new either. But The Police‘s 1981 smash hit “Every Little Thing She Does is Magic,” with its reggae-tinged, new-wave pick-me-up appeal, seems at first to be an unlikely candidate for a Whigs cover.

But listen closer to those lyrics: “Do I have to tell the story/ Of a thousand rainy days since we first met?/ It’s a big enough umbrella/ But it’s always me that ends up getting wet.” Not as upbeat sounding as Sting’s original ad-libbing would have you believe. And the Whigs’ Greg Dulli mines the darkness of those words to turn this song on its head. When the beat drops and he laments, “Must I always be alone?”, the desolation is palpable. The shimmering guitar and driving drums keep the song from ever really hitting rock bottom, but it’s a rainy day song, for sure. After this beautiful version, it might be hard to ever hear the original in the same way.

Check out more from The Afghan Whigs at their website