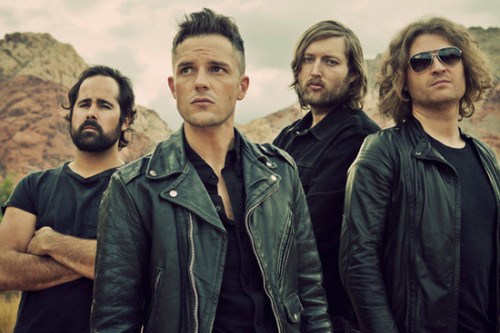 Despite lead singer Brandon Flowers’ moments of delusional grandeur (IE, claiming they would have the best album in 20 years with Sam’s Town), the Las Vegas natives collectively known as The Killers seem to know how to have fun every now and then. While performing at the V Festival in Staffordshire, Flowers whipped out a stripped down version of Iggy Azalea‘s “Fancy,” much to the delight of the crowd.

Flowers asked the crowd if he could try out something new they had been working on. As he played the recognizable intro, drummer Ronnie Vanucci proved that he is not human, but in fact dancer. It’s a fun, quick take on a summer ear worm. Here’s to hoping more drummers take up interpretive dancing:

See what else The Killers are up to on their official website.