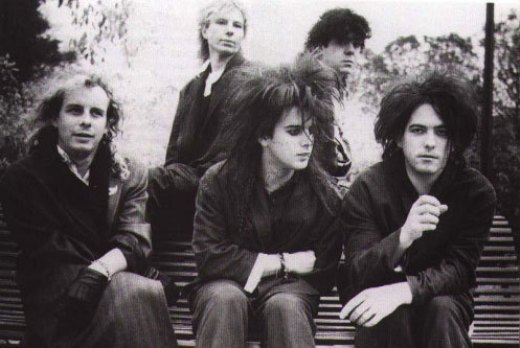 Before it was a depressing award-winning movie… before it was the name of a one-hit-wonder band… “Boys Don’t Cry” was the title of the Cure’s angstastic second single. The story of a boy with an aching heart who refuses to appear vulnerable under any circumstances has a dry spareness to it, but the guitar has as catchy a hook as you’ll find on the band’s later, lusher work.

This has made it quite the target for bands who want something cool and catchy to cover, but which they can apply a signature sound of their own. Here are just five of the covers that succeed in this regard.

Don’t be fooled – Victor Malloy is not a person any more than Blondie was. Rather, this Scots duo put together low-fi twee-electronica to make young horn-rimmed glasses wearing couples make eyes at the ground in front of each other. Their “Boys Don’t Cry” cover sounds like it was created in a sterile laboratory, but there’s nothing sterile about the feelings it provokes.

Chill Bill is known in the electronica world for turning classical favorites into chill-out ambience. His 2012 self-titled album took a different tack, covering hits from “Don’t Worry, Be Happy” to “You Shook Me All Night Long” in that style. “Boys Don’t Cry” is typical in this context – but only in this context.

Here’s another “Boys Don’t Cry” cover with a kiss of electronica to it. Masha Qrella is a German singer-songwriter who brings a gentle skip to the song, changing it from a wail dressed in black to a lithe sprite.

Norman Palm, like Qrella, is Berlin-based and a bit off kilter; witness his multilingual Twitter feed, with gems like “Let’s leave nostalgia for tomorrow” and “Can someone take a selfie of me?” Witness too his version of “Boys Don’t Cry” (the B-side to his cover of “Girls Just Wanna Have Fun”), which makes a French horn sound like a natural part of the song.

After four somewhat gentle renditions, you’re probably ready for a good bit of thrashing. Well, Taffy are here to answer your prayers, giving “Boys Don’t Cry” the slowed-down shoegaze treatment. In a perfect world, this would be played at high school proms nationwide, scoring perfect heartbreaks from Maine to Monterey; however, we’d be willing to settle for it appearing in one good indie movie by the next John Hughes.

If you prefer your Cure songs to be over a third of a century old, buy the original on iTunes or Amazon.