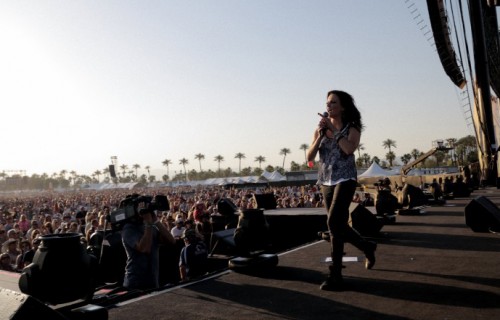 Virtually, every one of Linda Ronstadt’s hits were cover songs. A few of the genres she not only covered, but immersed herself in, during her extensive musical career include country, rock, jazz and traditional Mexican music. Though recently inducted into the Rock and Roll Hall of Fame, sadly, due to Parkinson’s disease, Ronstadt is no longer able to sing.

Listening to Martina McBride, it doesn’t take long to realize that Linda Ronstadt has been a significant influence. They both have big, powerful voices and the ability to take on a variety of styles with confidence and authority. McBride’s latest album, Everlasting, is an all covers album that features a song from Ronstadt’s early career with The Stone Poneys.

“Little Bit of Rain” was written by Fred Neil and covered by the Stone Poneys in a style not unlike his own. McBride sounds more like mid-career Ronstadt in her version. The similarity in their voices is apparent, and though McBride keeps her country roots intact, there is also a strong bluesy feel. The simple arrangement lets her voice rise to the top.

The latest Martina McBride news is at her website.