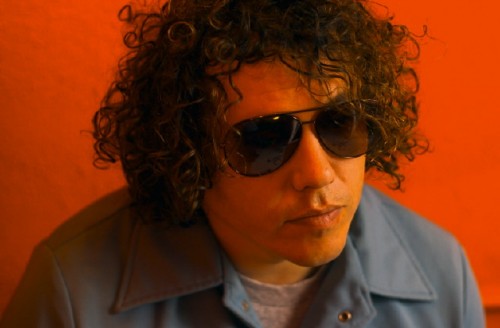 When your share your name with a father who’s a member of the Country Music Hall of Fame… when you grew up living next door to George Jones and Tammy Wynette… when you have Shel Silverstein for a mentor… a life in the music business would seem preordained. That’s what Bobby Bare Jr. has made for himself, from duetting with his father in 1973 to selling t-shirts and working lights at concerts to becoming a full-time musician when he was about thirty. It’s been a hard life [the documentary Don’t Follow Me (I’m Lost) follows him and his band down the long road of touring], but it’s paying off. This year alone he stole the show at SXSW’s Lou Reed tribute with his take on “Oh! Sweet Nuthin’,” and he released his very first cover of a song of his father’s, “Shame On Me,” saying that he “figured after 8 of my own albums I can’t be accused of ‘coat tailing’ at this point.”

Bare is a fan of cover songs; “It’s a fun way to say something about your own musical taste or lack of taste,” he explained in one interview. Here’s five different showcases of him having fun; we’ll let you be the ones to decide which ways (if any) showcase his lack of taste.

Bobby Bare Jr. – What Difference Does It Make (The Smiths cover)

Bare Jr. pulls the Smiths’ “What Difference Does It Make” from the rainy streets of London and sets it down in the dusty roads of Austin. It’s remarkable how the song not only survives but thrives with the transition – the lines “no more apologies” and “the devil will find work for idle hands to do” feel right at home in an alt-country context.

Bobby Bare Jr. – I’d Like To Teach the World to Sing (The New Seekers cover)

“I’d Like to Teach the World to Sing” is more than forty years old now, and its hippie sentiments still ring true. Bare Jr. gets the Coke jingle turned worldwide smash moving a little faster, a little looser, and with a little more fun, never once showing even a flicker of irony.

Bobby Bare Jr. – Where Is My Mind (The Pixies cover)

Oh, no, not another cover of “Where Is My Mind.” Cover Me alone has featured close to a dozen different versions of the Pixies’ retroactive hit. But don’t worry – Bare Jr.’s is a scarily worthy addition to the canon. It’s just him and his acoustic, and the bare surroundings and cracking voice give the impression of someone locked away in an asylum, honestly and endlessly asking himself that very question.

We’ve showcased American Bread here before; it’s the EP where Bare covers two soft-rock ’70s icons. “With American Bread I tried to sincerely embrace the songs with one arm and molest them with the other hand, with just as much enthusiasm,” he explained. “Sister Golden Hair” got more than one style of coverage – Bare claimed 1,272,000 versions were recorded, adding, “The polka version was just too real so we didn’t use it.” Of the two that were released, “Sister Golden Hair Alpha” is much, much more gentle than “Sister Golden Hair Beta.”

Learn more about Bobby Bare Jr. (and pre-order his upcoming album Undefeated) on his website.