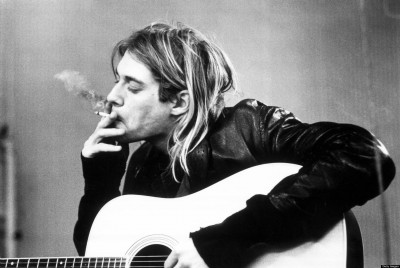 Saturday, April 5th was the 20 year anniversary of Nirvana frontman Kurt Cobain’s death, and the impact his music made on his peers was very apparent. Over the weekend, both St. Vincent and Muse showed their love for the fallen frontman with covers of Nevermind’s “Lithium.”

St. Vincent played a faithful rendition while in Chicago at the Riviera. Thousands of miles away at Lollapalooza in Brazil, Muse also covered the track. “Someone great died 20 years ago. This next song is for Kurt Cobain,” frontman Matthew Bellamy said. Within seconds of starting the song the crowd starting screaming and a massive singalong ensued. Watch both covers below: