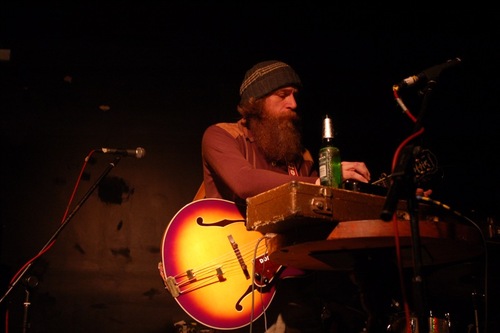 What do you do with an old Scottish folk ballad that has been covered dozens, if not hundreds, of times over the past several decades? You either stay the course and get lost in the crowd or change something up so that the song sounds different and new, opening up a chance for rediscovery.

The prolific very-small-band known as The Diamond Family Archive has gained a reputation for releasing reinterpretations of a wide range of song styles. Their “Peggy-O” is all atmosphere, an ethereal assembly of acoustic guitar, multitracked vocals, brushed snares, bass drum, feedback and more that is best played loud so that it washes over you. Some details of the original narrative may be lost, but the sense of longing for lost love remains. Listen to “Peggy-O” below.

Keep up with The Diamond Family Archive’s frequent releases at their website.