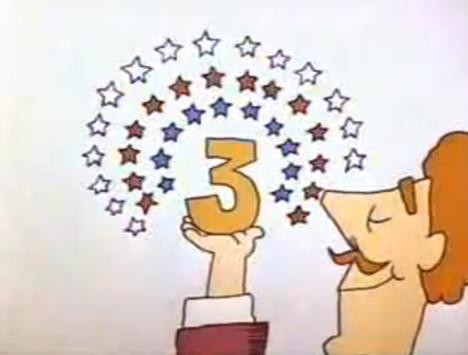 Between Superfriends and Scooby-Do, Schoolhouse Rock taught ’70s children their parts of speech, times tables, historical events, and more. Those lessons were set to catchy tunes that stuck like flypaper in a honey jar, still well known today to people who saw them forty years ago. The most memorable of the word-based songs was probably “Conjunction Junction,” while “I’m Just a Bill” takes the prize for the history set. When it comes to numbers, it’s hard to debate that any Schoolhouse Rock song has had a more lasting influence than “Three Is A Magic Number.”

Written by cool jazzman Bob Dorough (still tickling the ivories today at age 90), “Three Is A Magic Number” was the very first episode of Schoolhouse Rock, and it rang through the corridors of schools across the country in any number of forms. De La Soul famously sampled it on their seminal debut album 3 Feet High and Rising; Wilco is one of the many bands who have played it live. Here are five more who tapped into the ancient mystic trinity.

Likely as not the best-known “Three Is A Magic Number” cover, Blind Melon’s version first appeared on the Schoolhouse Rock Rocks! tribute album. It was the last song the band recorded before Shannon Hoon’s untimely death, but as the Joker’s plastic surgeon always said, if you gotta go, go with a smile.

Embrace is a post-Britpop band that stick close to the traditional “Three Is A Magic Number” on their cover, which appeared on their singles collection Fireworks. New Musical Express noted that the track offset the largely sombre (sic) mood of the rest of the album, which is reason enough to recommend it highly.

Rachel Garlin isn’t just a girl with a guitar – she’s a music teacher who works with kids on a daily basis. That makes her cover of “Three Is A Magic Number” something she knows more deeply than most cover artists, and that knowledge is truly evident here.

Lumiere’s cover of “Three Is A Magic Number” comes from Kids, an electronica album of so-called children’s songs. If you’re an adult who doesn’t see the appeal of this version of this song… well, let’s just say you’re in the minority.

“Three Is A Magic Number” works especially well in live performances, as the few crowd members who aren’t already familiar with the lyrics can pick them up and sing along within a minute. Witness this performance from Jeff Buckley, where it’s hard to to tell if he or the audience is having a better time singing the song.

Watch the original “Three Is A Magic Number” on YouTube. Get the DVD from Amazon.

One Response to “Five Good Covers: Three Is A Magic Number (Schoolhouse Rock)”