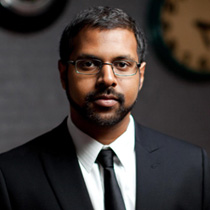 20. Walk of Life (Dire Straits cover)
Bhi Bhiman
“Walk of Life” is the story of a busker who gets by as best he can with his limited but potent repertoire of old favorites. What it lost when played by a full band – even one as good as Dire Straits at their critical and commercial peak – it gains in Bhi Bhiman’s wistful performance, filled with a somewhat lost yet hopeful spirit and garnished with a whistle that sounds meant to echo off the subway walls. –P.R. 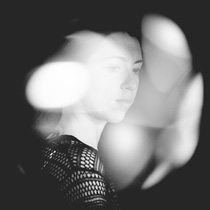 19. Oblivion (Grimes cover)
Wilsen
Wilsen was one of our favorite acts at CMJ, but when we saw her she unfortunately didn’t play this Grimes cover. Perhaps her version is too taxing on the face’s whistle muscles. Shimmery guitar and satin vocals translate an arty indie favorite for the Renaissance Faire set.-Ray Padgett 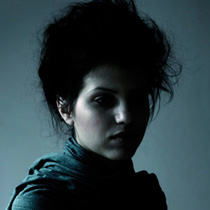 18. Me and the Devil (Robert Johnson cover)
Soap&Skin
Soap&Skin (aka Anja Plaschg) takes Robert Johnson’s “Me and the Devil” from the Mississippi delta to the Austrian art house. It’s a complete transformation of sound and time with strings and electronica leading the way, but the haunting power of the song remains intact. -C.T. 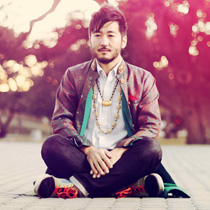 17. This Must Be the Place (Naive Melody) (Talking Heads cover)
Kishi Baski
Subtitled “Naïve Melody,” this deceptively simple love song appeared on Speaking in Tongues, a step back from the dense polyrhythms of Remain in Light, which resulted in the band’s most successful record. According to Byrne, the naïveté of the song comes from the fact that the guitar and bass parts are identical. Byrne performed the song in 2001 on Austin City Limits with a band that included a string section. Kishi Bashi, the stage name of Kaoru Ishibashi, a classically trained violinist working in the alternative rock world, strips it down even further to a string quartet backing his vocals. Definitely less naïve, but quite impressive. -J.B. 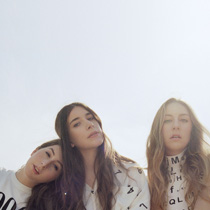 16. Strong Enough (Sheryl Crow cover)
Haim
The book is still out as to whether Haim, featuring three talented sisters, will live up to their hype or become another forgotten flavor of the month. Although their debut album has some charm and the indescribable quality of siblings singing together, to these ears, their music sounds a bit brittle and forced. However, the version of Crow’s acoustic ballad that Haim performed live at an Australian radio station, with a nice guitar solo from middle sister Danielle, is a little less slick, and more compelling. There is also a version that they recorded for a VH1 special, which features guest vocals from Lorde, another currently hyped artist, and oldest Haim sister Esme, a trained ethnomusicologist, playing a glass milk bottle. -J.B. 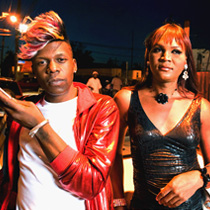 15. Sally Racket (Traditional cover)
Katey Red & Big Freedia with Akron/Family
Two of the biggest names in “sissy bounce” collaborating with an experimental folk band to cover an old pirate song? It works. Because what are pirate songs if not great chances for everyone to join in and sing along. Katey, Freedia and the boys of Akron/Family would be right at home on the ship. -D.C. 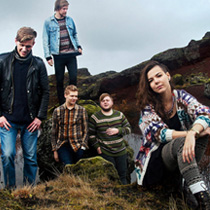 14. Skeletons (Yeah Yeah Yeahs cover)
Of Monsters and Men
In the midst of a (pardon the pun) monster year, Of Monsters and Men nodded back to another band that got really bit really fast a decade earlier. Their version sounds perfectly of a piece with their own album, all Mumford-y drum stomps and horn crescendos culminating in a sing-along so joyous it’ll melt any Icelander’s heart. -R.P. 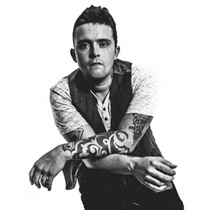 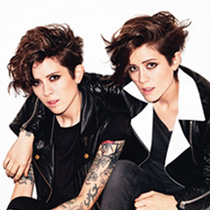 12. Fool to Cry (Rolling Stones cover)
Tegan and Sara
“Fool to Cry” was partially responsible for Lester Bangs ranting that the Stones didn’t matter any more. Little did he know that they wouldn’t matter for decades longer. The twins play the cover straight, pun intended, with Tegan Quin occasionally rising above the pop to growl out an emotional confession. -S.B. 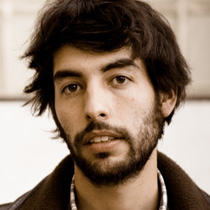 11. Read My Mind (The Killers cover)
Leif Vollebekk
Where the Killers performed “Read My Mind” as an exuberant gallop of escapism, Leif Vollebekk finds himself slowed by the fog of beautiful imagery in the lyrics. In his world, the dream of “breakin’ out of this two-star town” seems destined to remain a dream. But then, some dreams are too beautiful to leave behind. -P.R.