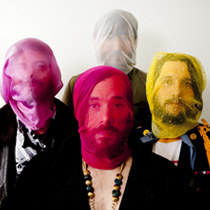 30. Did You See His Name (The Kinks cover)
Of Montreal
Of Montreal’s Kevin Barnes is a prolific cover artist, regular breaking them out in concert and committing his favorite songs to tape. He knows sometimes it’s best to be faithful to the original and other times a transformation is called for. Using a piano to drive the track, Barnes turns this bouncy under-the-radar Kinks song into a wistful ballad. -M.C. 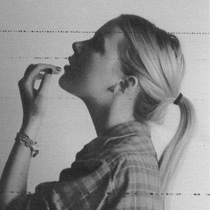 29. Yummy Yummy Yummy (Ohio Express cover)
Misty Miller
It’s always a treat when somebody breathes new life into a bubblegum classic, viz. Wilson Pickett’s “Sugar Sugar.” Like Pickett, Misty Miller brings infinite resource and sagacity to her cover, giving “Yummy Yummy Yummy” a quiet power the Ohio Express never could have comprehended. That she did this before leaving her teens only adds to her level of achievement. -Patrick Robbins 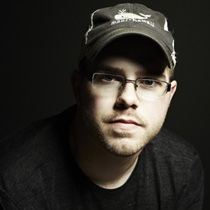 28. The Safety Dance (Men Without Hats cover)
Sleeping At Last
The original is a silly synth-pop song that became an ’80s icon. The video with its bad lipsynching, medieval theme and cavorting jesters was a hit on MTV in its embryonic era, and the Men Without Hats logo was amusing before the “picture with a slash through it” meme became played out. Sleeping At Last, a project of songwriter Ryan O’Neal (not the actor), recorded this version for use on the soundtrack to The Carrie Diaries. It turns the goofy, bouncy romp into a slow, mournful ballad that forces the listener to focus on the lyrics, not the beat, causing a disconnect that may possibly explode your brain. In a good way. -Jordan Becker 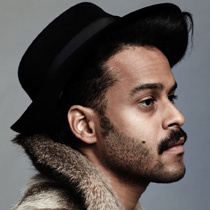 27. Perfect Day (Lou Reed cover)
Twin Shadow
Brooklyn-based George Lewis, Jr. aka Twin Shadow kicks off his Lou Reed cover with the same familiar desperation as the original. About halfway through, though, the addition of new wave-inspired drums and swelling strings lift this cover to the heavens, a move made especially poignant as this song was released just a day after Reed’s death this October. -M.M. 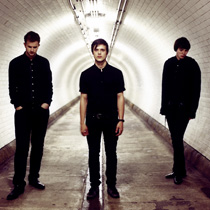 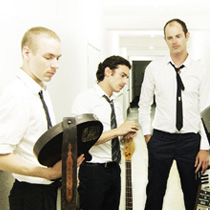 25. Heart of Glass (Blondie cover)
Mannen Met Snorren
This shape-shifting cover blasts straight from the Netherlands to the dancefloor in your heart. At least it should. Mannen Met Snorren take Blondie’s disco smash and update it for more modern clubs. -M.C. 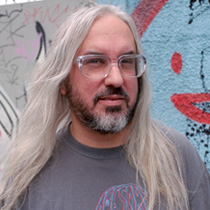 24. Fade Into You (Mazzy Star cover)
J Mascis
Mazzy Star’s Hope Sandoval delivered one of the most memorable vocals of 1993 with “Fade Into You”; twenty years later, J Mascis matches her tenderness with his cover. Both are imbued with the sensual feel of the bedroom, but where hers suggests a new partner, his is swaddled in down comforters on a cold Sunday morning, and it’ll be damned if it’s moving. -P.R. 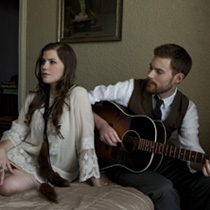 23. All My Loving (The Beatles cover)
The Well Pennies
The tribute album Beatles Reimagined set out not only to pay tribute to the Beatles on their 50th anniversary of conquering the world, but also to show their 1963-4 catalog, arguably less hip than their studio-bound work, could sound just as valid when performed by today’s rising indie stars. The Well Pennies’ “All My Loving” was the leadoff track, and they pulled off the daunting task of making a 1963 song sound thoroughly 2013 without obliterating the sweet elation contained within. -P.R. 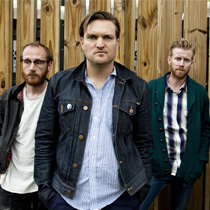 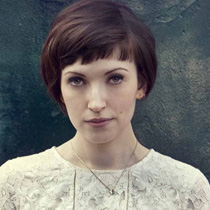 21. Get Lucky (Daft Punk cover)
Daughter
When Daft Punk’s latest album Random Access Memories hit the virtual sales shelves this year it had everyone from Bono to Stephen Colbert getting lucky in some way or another. UK band Daughter got in on the action and proved “Get Lucky” works in pretty much any form it takes. With ethereal, echoed vocals, the groovy tune takes a dramatic, tormented twist. Nile Rogers never sounded so foreboding. -R.M.