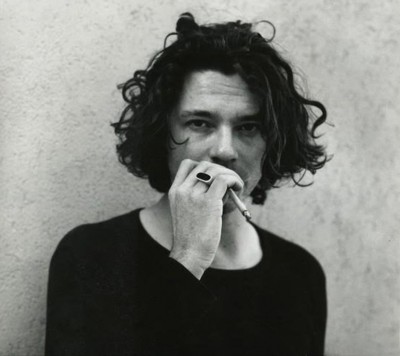 Michael Hutchence was born to be a frontman. With hair and shirtlessness that would make Jim Morrison proud, and a singing style that could be both passionate and cool in equal measures, Hutchence helped the songs of INXS stand out; they’re clearly from the ‘80s, but timeless in a way that most hits of the decade can’t claim.

It wasn’t just the band’s music that had a timeless quality – so did their lead singer’s coolness. Don’t believe me? Watch most any pop video from the ’80s. Goofy hats. Strange numbers of zippers and pockets. Interesting hair choices. These things haven’t aged well. Now watch an INXS video from the ’80s (ideally “Need You Tonight”). See how Hutchence rises above. Looks cool in a way that defies decades.

Speaking of “Need You Tonight,” check out that vocal. It might take you several listens to realize he is mostly whispering. And whispering inanities. And it is the coolest. Hutchence’s whispering and Andrew Ferriss’s riff make this song – described as a meeting between Keith Richards and Prince – one of the sexiest, funkiest songs ever.

But his cool whispering almost does Hutchence a disservice. He could write great lyrics. And he could sing. While his looks and his charisma helped make INXS an enormous live draw, the quality of music they put out meant you wouldn’t need to explain it away as a guilty pleasure when a friend was looking through your vinyl.

Despite INXS’s biggest days being solidly behind them, Hutchence’s death in 1997 – sixteen years ago today, in fact – still came much too soon. U2 expressed their sadness at the untimely passing with their song “Stuck In A Moment You Can’t Get Out Of,” an imagined conversation about his suicide. And INXS have soldiered on, in part by starring in a reality show about finding a new lead singer (which is the most 21st century way of dealing with, well, pretty much anything). But when most people think of INXS, they think of the cool guy dancing around in front of a band that’s clearly from the ‘80s. Let’s celebrate his legacy with some unique takes on INXS songs and Hutchence himself having a go at a classic.

It’s a shame that people are quick to classify things as “from the ‘80s” without further distinction. INXS hits clearly make their home in that era, and Was (Not Was) also could be lumped into this category – but they definitely don’t sound the same. To be fair, this cover of “Listen Like Thieves” actually came out in ‘92, but it has enough saxophone and synth stabs to ease its way onto anyone’s ’80s playlist without ruffling feathers.

“Don’t Change” is an excellent example of Hutchence’s ability to be both cool and passionate at the same time. Curiously, the normally very emotive Davey Havok actually dials things back for a very atypical AFI song. But while it might lack the punk intensity one might expect, it does put the emotional lyrics front and center.

An acoustic cover of an ’80s hit? Well, I declare – have you seen the like? Nonetheless, Snow Patrol’s take on “New Sensation” stays propulsive, and does a service to the quality of the song by casting it in a new (not new wave) light.

Beck inviting a bunch of friends over to record a cover album in a day is a pretty fantastic idea. In this case, they’re covering the Kick album, and making use of St. Vincent’s Annie Clark for one of the more drastic departures from the original song. While this take on “Calling All Nations” is significantly different from the original, Clark does a great job of settling into a slightly detached, very cool delivery that Hutchence would surely be proud of. Not perfect. But endearing.

“Never Tear Us Apart” is probably the best example of Hutchence’s detached coolness. Despite the obvious emotion in the lyrics, he stays cool throughout. Neon Trees try a different tack. The emotion shows up front and center by verse two. Not cool. But definitely passionate.

During their heyday, there was no type of music that NRBQ (a.k.a The World’s Greatest Bar Band) couldn’t conquer. Here, NRBQ and Hutchence bring swagger in equal measure to their cover of Elvis’s “Baby Let’s Play house.” It’s the kind of tribute where everyone – subject, musicians, and singer – comes across as very cool.

I’m Only Looking: The Best of INXS, a two-DVD compilation of videos, live footage and more, is still available on Amazon.