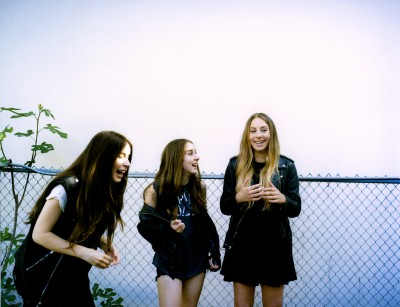 As far as emerging artists go, Haim and Lorde have both had quite a year. They also recently teamed up to perform a cover for VH1’s You Oughta Know concert.

Haim revisited Sheryl Crow with a new version of a cover they did of Crow’s hit “Strong Enough” on Australia’s Triple J radio show. That performance was stripped down; on this performance they approach the song with beefed up instrumentation, including echoed drum beats straight out of a live Peter Gabriel album. The massive expansion of sound on this cover kicks it up a notch. While the Haim sister’s vocals were stronger on the Triple J version, Lorde’s ethereal vocals pop in perfectly giving the cover just the extra punch it needs. Which one is your favorite?