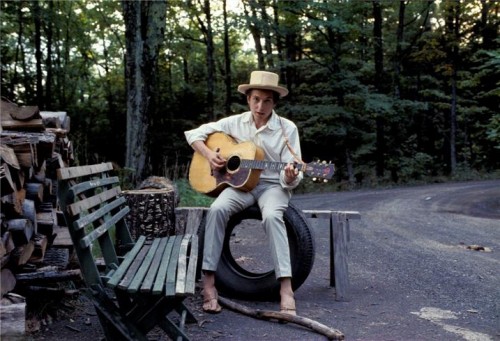 Here are five covers of “All Along the Watchtower” that are beholden to Dylan only because he wrote it, and which may respect Hendrix for perfecting it, but see no reason not to strike out on their own singular journeys to the heart of the song as they see it.

Michael Hedges – All Along the Watchtower (Bob Dylan cover)

The late Michael Hedges was on the new age label Windham Hill, but was revered by Pete Townshend, Bonnie Raitt, and others who were as far from that genre as can be imagined. They all deeply respected Hedges’ gifts as well as his humanity. Both are on display in his cover of “Watchtower,” from the album Live on the Double Planet.

Brewer & Shipley – All Along the Watchtower (Bob Dylan cover)

You know Brewer and Shipley for one song and, likely as not, one song only – they’re the fellows who took listeners “One Toke Over the Line.” Those who’d like to double their knowledge of the B&S sound by listening to a second song of theirs would do well to check out their cover of “Watchtower,” from their underrated second album Weeds. It’s a folk-rock version that doesn’t even pretend to be interested in aping what Dylan did on his recording – a rare thing indeed in the sixties.

Bear McCreary – All Along the Watchtower (Bob Dylan cover)

Bear McCreary made his name scoring the rebooted Battlestar Galactica. He arranged a version of “Watchtower” for the third season finale, with vocals by his younger brother Brendan. The song went on to become a recurring motif in the show, cropping up in other versions and even dialogue. The series finale closed with the Hendrix version, but McCreary’s take is just as revered in certain circles.

XTC – All Along the Watchtower (Bob Dylan cover)

If there’s any band that would seem less likely to cover Bob Dylan than XTC, it would be early XTC, the punk-pop band that hadn’t yet become studio perfectionists. But they give the lie to that statement on their first album White Music, which contains this take on “Watchtower,” which seems far more than a decade removed from its Dylan/Hendrix predecessors.

Lisa Gerrard – All Along the Watchtower (Bob Dylan cover)

The world first met Lisa Gerrard as a member of Dead Can Dance, who along with the Cocteau Twins were the most 4ADesque of the 4AD label’s bands. She’s been no slouch on her own, either, winning a Golden Globe for her Gladiator score. She released this cover of “Watchtower” in 2009, becoming yet another artist who was able to create something remarkably new from a song that should no longer be looked at as unapproachable.

8 Responses to “Five Good Covers: All Along the Watchtower (Bob Dylan)”