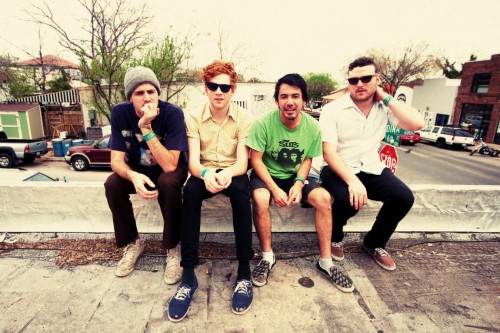 LA punks FIDLAR are known for their high energy and general “F*** it!” attitude (after all, the band’s motto is F*** It Dog, Life’s A Risk.) The band also seems to have a fascination with Nicks; their recent video for their song “Cocaine” starred Nick Offerman, and they just covered Nick Cave‘s “Red Right Hand,” semi-crediting Nic Cage with this stunning photoshop job of Nic Cage as David Bowie.

FIDLAR’s rendition of “Red Right Hand,” which they titled “Red Right Hand (Nic Cage),” turns Cave’s original bluesy brood and do it in the only way FIDLAR knows how to: their way. It’s loud, brings to mind the image of beer being sloshed out of red Solo cups, and has that praise-slackerdom coolness that only these So-Cal boys can manage to pull off without seeming deliberate. See what else FIDLAR is up to on the band’s Tumblr.