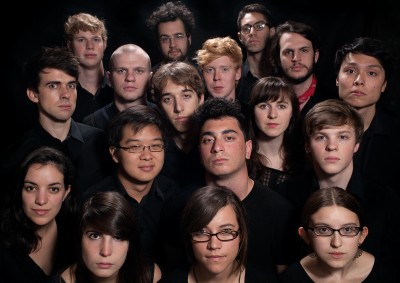 Tackling a beloved band like Radiohead for a cover is a big enough challenge. Add in that the cover is from an influential and esteemed album like OK Computer and it becomes downright treacherous. Sometimes, attempting to cover an old favorite in a new way is an especially daunting task. But sometimes, these unexpected covers are the best kind.

Mother Falcon is an orchestral indie band out of Austin, TX that has recently been performing “OK Computer” live, including this cover of “Paranoid Android.” Instead of electronic sound and distorted guitar, we get bouncing cellos and a horn section. Starting off quietly, this cover builds and builds until it explodes around the 1:50 mark. Who knew violins could rock so hard? Watch the video below.