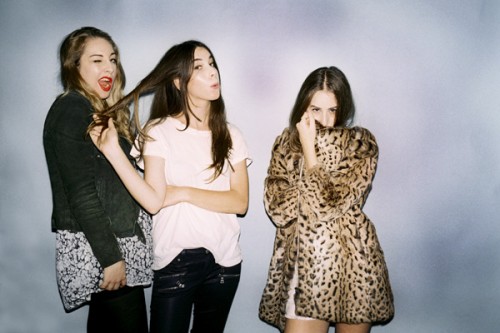 Los Angeles born-and-bred rockers Haim are three sisters that were raised on sunny 90s radio rock. During a trip to Australia, the siblings put their stamp on Sheryl Crow‘s “Strong Enough,” for the radio show Triple J’s “Like A Version.”

After some quick banter from drummer Este and several “Soak Up The Sun” references, the sisters launched into an impassioned rendition of “Strong Enough.” Haim manages to showcase their influences while making Crow’s single all their own simultaneously. Haim’s debut LP, Days Are Gone, will be released September 30th.

See what else family act Haim is up to on the band’s official website.

One Response to “Haim is “Strong Enough” with Sheryl Crow”