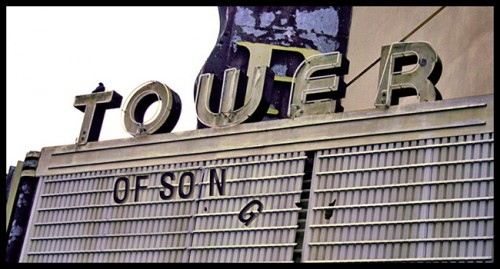 “Tower of Song” was released in the late ’80s on Leonard Cohen’s album I’m Your Man. Open to interpretation by zealous music fans arguing over beers at 3 a.m., “Tower” is often thought to be an allegorical song about Cohen’s self-flagellation during his own songwriting (and when you write a song about songwriting, it becomes an ourobourus on many levels). It’s not been covered as often as other Cohen hits, but its allusions to Cohen trying to clack out a song in his invisible prison while the clock of death is ticking makes it one of his most memorable songs. Cohen spent six years of the ’90s in a Buddhist monastery trying to seek enlightenment. But you, dear reader, can achieve the same by listening to these covers below.

Former Go-Betweener Forster recorded his mild honky-tonk “Tower” for the tribute album I’m Your Fan, which included songs by R.E.M. and John Cale. Quickening the pace is like Robitussin to Hank Williams’s phlegmy predicament.

Martha Wainwright recorded “Tower of Song” for a tribute at the Sydney Opera House later highlighted in the documentary Leonard Cohen: I’m Your Man, featuring Nick Cave, Beth Orton, and Wainwright’s brother Rufus. Her cover here is the only one of this bunch to feature the classic background vocals of the original. Taken from a 2006 episode of Late Show with David Letterman.

Namchu’s spare two-track acoustic version of “Tower” includes a doppleganger of himself as backup singer. The result is a haunting Simon and Garfunkel-like take on the Cohen classic.

JAMC rock the tower with their blistering sonic pop recorded during their “blues period” of the late ’80s/early ’90s. Reimagining Cohen’s tortured confession as a summer cruising song, the band chugs out some T-Rex guitar in the convertible* while singing the blues in their traditional Ramones-on-Quaaludes style.

*Professional drivers on closed course. Do not attempt.

Ber Stinco is an Argentinean singer who may have recorded the most beautiful song you’ll hear this week.

Bonus: Here’s Rhett Miller from Old 97’s showing unabashed love for the classic while burning up the acoustic guitar.

Leonard Cohen is still touring at the age of 79. You can find out more info at LeonardCohen.com.