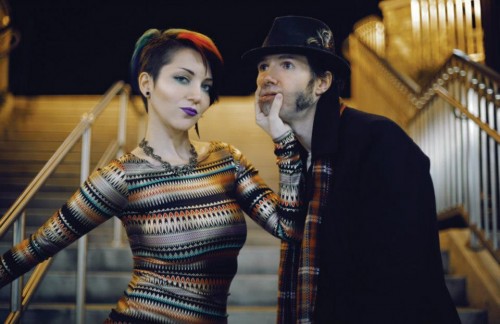 There is something to be said about a band that pushes so hard to make their presence known. Well Hung Heart, comprised of Greta Valenti and British born Robert Davey, have been pushing for quite some time. The duo has dipped their hands in everything from producing music videos for others along with a show called “Made in 48” in which they create a new song and music video with another band in, you guessed it, under 48 hours. Added to their hustlin’ repertoire is this new cover of Muse‘s “Supermassive Black Hole.”

The self-described “shuffly” cover of Muse captures the seduction of the original with a new bluesey twang. The swinging lightbulb in the video may be a little ambitious, but hey, when something is supermassive, it sort of has to be.

To see what else Well Hung Heart is up to, go to the band’s website.