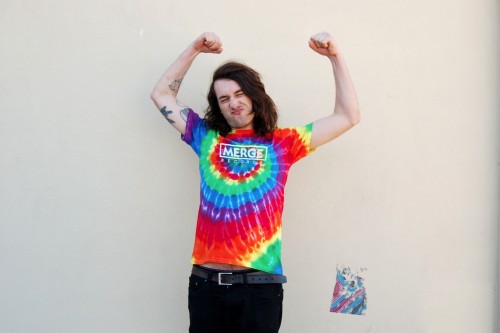 Mikal Cronin, a member of several acts including Ty Segall’s live band, is known for his garage, fuzzy, beach rock sensibility. Who knew the nonstop musician was such a softy at heart? As a way of staying connected with his girlfriend while touring, he has recorded two soft, almost too-adorable covers: “I’m Gonna Be” by Proclaimers and “Kiss Me” by Sixpence None The Richer.

“I recorded these songs a little while ago to send to my girlfriend when we were living in different states. We share an affinity for cheesy 80s and 90s pop songs, and since she can play ukelele well we could trade cover songs back and forth. On my computer I titled the album these songs belong to as ‘(F)ukin’ around with Mikal Cronin’…which I stand behind as a mildly funny name for a dumb uke cover album,” he told Aquarium Drunkard.

While you’re busy looking for a lover that will record adorable covers for you, use these to tide you over.

See what else Mikal Cronin is up to on his Bandcamp.