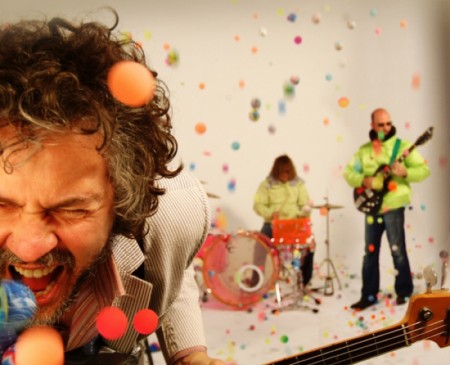 It’s been an eventful week for David Bowie covers. Canadian astronaut Chris Hadfield blew up the Internet earlier this week with his zero gravity performance of Bowie’s “Space Oddity” shot in the International Space Station. Last night on Jimmy Fallon, confetti and giant-hamster-ball lovers The Flaming Lips also performed a Bowie cover that is sure to quickly make its rounds on the world wide web.

The Flaming Lips were on Fallon in support of their latest album, The Terror. While there was an absence of human sized hamster balls, the band did not fail to live up to their live show antics. Lead singer Wayne Coyne stands on stage almost completely naked on a stage with lights and tubes that looks like it is straight out of a John Carpenter film. Watch the noisy, hypnotic cover below, and let us know your thoughts:

Check out more Flaming Lips news and the new album on the band’s official website.