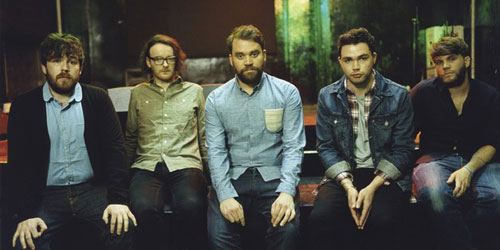 Frightened Rabbit is no stranger to the AV Club’s Undercover series. Back in 2010, the Scottish band covered the Lemonheads “Confetti” in a very Scottish manner. This year, they ALMOST covered Blackstreet’s “No Diggity,” but backed out and opted for Cheap Trick‘s classic “Surrender.”

Lead singer Scott Hutchinson brought along his brother Grant for a stripped down and very Scottish rendition of the 70s tune. Frightened Rabbit has a way of making covers sound like they wrote it, and “Surrender” is no exception.

Frightened Rabbit is currently touring. See if they are coming to a city near you on the band’s website.