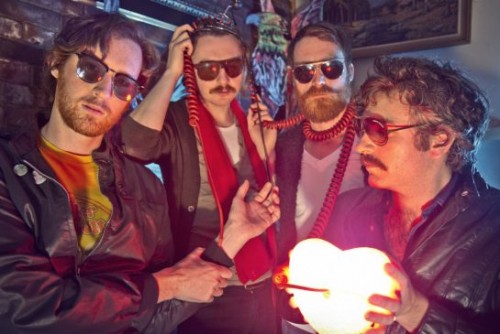 A little over a year ago, Toronto-based pop-rockers Zeus released Busting Visions, putting them on a lot of people’s radars as a band to watch. With the re-release of this stellar album, the band is also putting out an EP with the FANTASTIC title of Cover Me, featuring seven unique and wonderful covers. One stand out is their take on R. Kelly‘s “Ignition (Remix).”

In an interview with CBC music, band member Neil Quin lauded R. Kelly as a genius. ” This is just hilarious. I listened to every word, and it just keeps getting funnier and funnier.”

Their rendition of R. Kelly’s work of genius is reflective of this attitude. It is greasy and doesn’t take itself too seriously, which no one should be doing on the freakin’ weekend anyway:

Listen to more Zeus over on the band’s website.

One Response to “Zeus Usually Doesn’t Do This, But Goes Ahead And Breaks Us Off a Little Preview of R. Kelly’s “Ignition (Remix)””