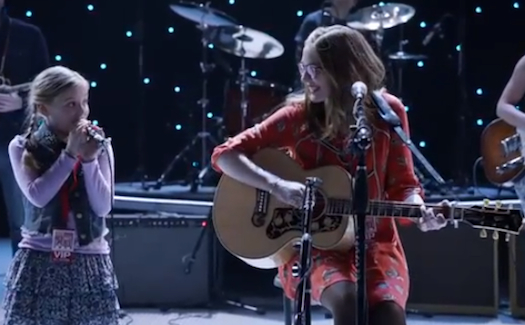 It’s not often that we describe anything here as “adorable,” but we’ll make an exception every so often. That being said, it seems wrong to use the word, for fear that it patronizes or that it downplays massive talent – and massive talent is precisely what the Stella sisters, Lennon and Maisie, have.

This is no surprise to anyone who has been following them on YouTube over the last few years, but it’s only recently that they’ve come into the limelight as the young stars of ABC’s “Nashville.” Lucky for us, it’s “Nashville” that’s brought us this stunning cover of The Lumineers‘ “Ho Hey.” Don’t miss it.

Check out more from Lennon and Maisie Stella on YouTube and on ABC’s “Nashville,” Wednesdays at 10 (9 central).