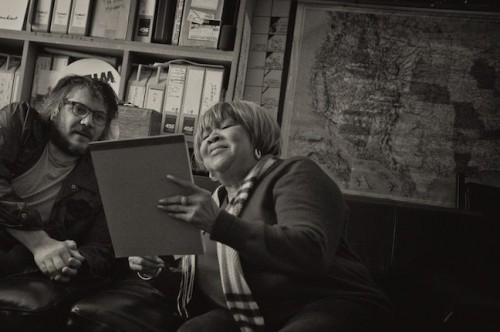 Funkadelic is the slightly lesser known iteration of George Clinton‘s Parliament (who eventually toured under the name Parliament-Funkadelic, or P-Funk), but their critically-acclaimed Maggot Brain is packed with, well, funky dance tracks (and one mind-blowing guitar solo). “Can You Get to That” highlights the ensemble, freestyle feel of the album, with multiple vocalists and plenty of impromptu shouts. Recently, former member of the Staples Singers, Mavis Staples, recorded her own soulful version.

The 73-year old Staples is still going strong, announcing a forthcoming album, One True Vine, due out June 25th. The album, like 2010’s You Are Not Alone, is produced by Wilco‘s Jeff Tweedy, who plays most of the instruments on the album with his son, Spencer. Staples’ version of “Can You Get to That” hems closely to the original, but has a more laid back feel. The song has less going on than the original, focusing more on the basic groove provided by a little acoustic guitar.

The way the song is mixed, Staples’ voice isn’t really the star; you can hear her out in front of the backup singers, but barely. In reality, the booming bass voice of an unknown singer (if anyone knows who it is, please leave a comment below) is probably what you’ll remember most; to be fair, the most enjoyable part of the original is Sting Ray Davis’s bass voice, too. Overall, it’s a catchy mix of funk and americana that should generate some excitement for Staples’ new album. Check it out below.

Check out more from Mavis Staples at her website.