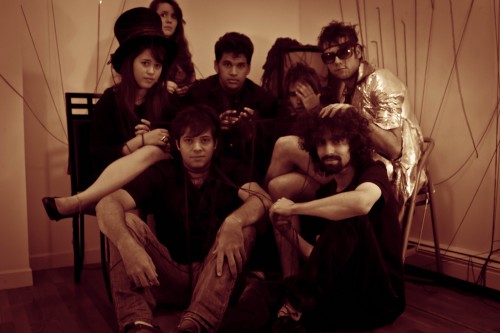 Though one might associate “You Are My Sunshine” with a cheery delivery, it’s not altogether uncommon to find darker takes on it. After all, the lyrics (anywhere beyond the chorus) are more full of despair than the song’s titular sunshine. There are plenty of artists that will bring out the minor chords or less upbeat vocals than one might expect, but it’s a song that too few ultimately take to its fullest potential. At its lightest, it’s a piece saturated with melancholy; at its darkest and heaviest, at its most transformative, you’ll find Bent Knee.

Knowing full well that the chorus holds the only lyrics in the song that can even be interpreted as happy, Bent Knee’s cover brilliantly reserves them, letting an ambiance of sorrow and anxiety build with each passing verse, to the point where the song is like the bottom of the ocean – a home to unspeakable monsters, a depth so dark that light would be foreign there, and yet strangely and instinctively beautiful. The song is nearly two-thirds over when Courtney Swain first utters “you are my sunshine,” and the chorus is all she sings for the remainder of the song, ranging from a rising quiet pitch to a barely describable yowl, chilling to the bone and crawling in the skin. Up to that point, all the components of the song are measured and precise, building up, rising and receding like an incoming tide. Inevitably, though, the band brings the entire thing crashing back in and reacquaints us with the horrible fact that the song isn’t about sunshine, but the loss of it. Bent Knee, in a rare feat, uses the darkness to illuminate.

2 Responses to “Bent Knee Darkens Up “You Are My Sunshine””