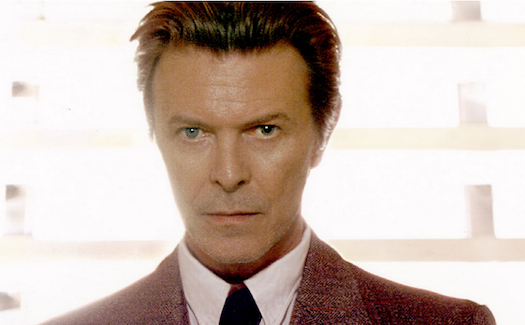 On David Bowie‘s 66th birthday, when he released “Where Are We Now” and announced The Next Day, the Internet lost its collective mind. While two months seemed a long time to wait for the new album, it also seemed like no time at all with the sheer unexpectedness of the announcement and the single’s release.

Unsurprisingly, the covers accumulated quickly. The song is simple and beautiful, and we’re fortunate enough that plenty of artists have taken and reinterpreted the beauty of the song while reflecting the fact that even simple pieces need to be multifaceted and layered and carefully crafted. Enjoy.

Restrained though it is, there’s an appropriate strangeness underpinning “Where Are We Now.” Nostalgia may not be the right word, but there’s a feeling of longing detachment to the song. Momus, while maintaining the original’s low-key feel, brings the otherness back into focus with his quietly psychedelic cover. All at once tripped-out and mellow, the track set a fantastic tone and precedent as one of the first “Where Are We Now” covers to hit the Internet.

There’s something to be said for the simple artist-and-guitar acoustic cover, a level of artistry to it that’s hard to nail down. For all the layers and subtleties of the original, there’s a delicate balance to be struck in trying to capture the resonance of the song with just a voice and chords. Edo Sparks, however, does just that.

For a Bowie song, there’s a remarkable ethereality to “Where Are We Now,” and it’s therein that Inch Chua beautifully crafted her cover. Her vocals, light but substantive, overlay and underscore fuzzy, near-ambient instrumentation to create a wonderful track strike a perfect balance of sunshine and melancholy, depth and breeziness.

In keeping with the song’s references to Berlin, it’s only appropriate that a German artist is included in the mix. That being said, Hamburg’s Ein Astronaut deserves his spot here regardless of location. His videosong incorporates a vast array of instruments in combination with a stellar voice, simultaneously unique and Bowie-esque, and is not to be missed.

Following the dexterity of Ein Astronaut’s multi-instrumental approach, it’s easy to forget how perfectly the videosong can be used to minimalist effect. Rae Sterling, however, reminds us of this, using the technique to very simply add a few layers and harmonize with herself. She takes the song and puts an Americana folk-pop spin on it, mining something shimmering from the foundations of Bowie’s original.

Check out more from David Bowie at his website.