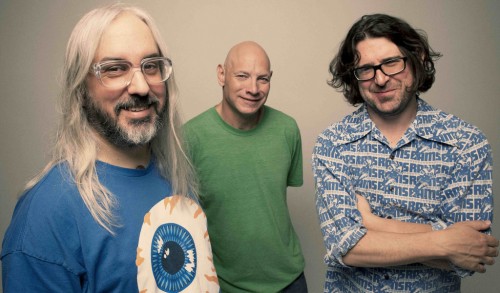 Phoenix frontman Thomas Mars is a self-proclaimed fan of legendary rockers Dinosaur Jr. and has been since he saw them perform live back in 1991. It is a safe assumption to say then, that the singer was probably more than pleased when Dinosaur Jr. decided to cover “Entertainment” off their upcoming album Bankrupt!

Dinosaur Jr. described this as a “remix,” but it is more of a slow burn of a cover. The synths and rambunctious energy of the original are stripped away and we are left with a raw, deliciously Dinosaur Jr. rendition of a happy tune.

Check out what else Dinosaur Jr. is up to on the official website.