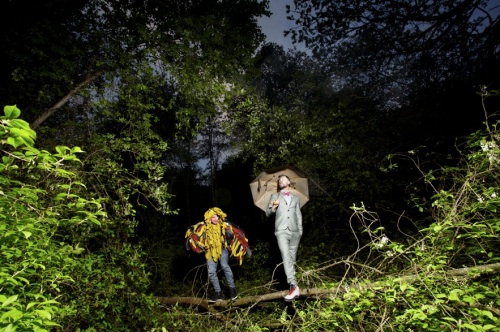 Could electronic duo Röyksopp possibly be any more Norwegian? At the end of November, the duo performed on the final broadcast of the 10-year running Lydverket music show on NRK (Norwegian national TV). Not only did they perform a new song, “Running to the Sea,” they also took a 1981 Depeche Mode b-side, “Ice Machine,” and made it more moody and atmospheric (and therefore, more Norwegian), than ever thought possible.

Joined by singer Susanne Sundfør (who also sings on the new single), the pounding cover is complete with a black-clad stoic drum line and one of the reddest and raddest light shows Norwegian television has probably ever seen.

Check out more Röyksopp, including their new single, over on their official website.