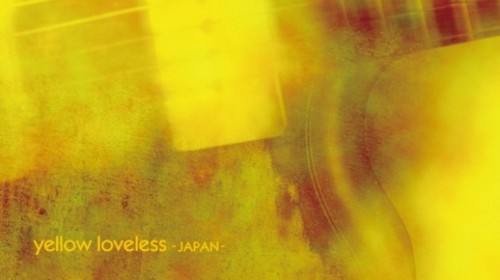 In case you missed it, My Bloody Valentine released the much-anticipated follow up to their 1991 (yeah, 1991 as in 22 years ago) album Loveless, on February 2nd via their website and they broke the Internet. Prior to this, lead singer Kevin Shields hinted at the idea of an album being released, but never gave any specifics. Perhaps in an attempt to coax the Dublin-based band into releasing the album, a group of Japanese shoegaze bands released a tribute to the iconic 90s album and titled it Yellow Loveless.

The album is available in the US via Amazon, but in case you want to do a little research before a digital purchase, several of the songs are available for preview via YouTube. Each of the covers are endearing and based in the noisy-shoegaze that made us all such fans of MBV in the first place. Some takes, such as Lemon Chair’s rendition of “What You Want,” squeeze in some danceability to the track and others like Shonen Knife‘s “When You Sleep” is part pop, part punk, and all awesome.

Listen to some select tracks below and then buy the album on the above Amazon link.

Lemon Chair – “What You Want”

Check out My Bloody Valentine’s new website and order their latest, “m b v” here.