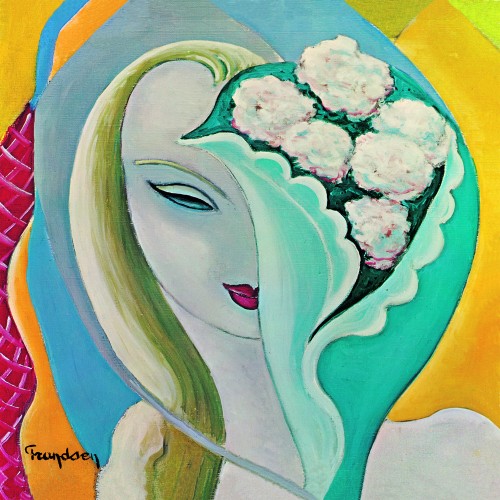 The Wikipedia entry for “Layla” notes that “Covers have been fairly rare” and for once the site is right. Though it’s one of the most classic rock songs in the classic rock cannon, most of the few covers that exist are either speed-riff ripoffs or smooth jazz grooves inspired by Eric Clapton’s MTV Unplugged version. A few do, however, bridge the gap – or go in a different direction entirely. Download the five best below.

Released in 1991, the Charlie Daniels Band’s “Layla” preceded Clapton’s unplugged take by a year and may well have helped inspired it. The acoustic intro in particular sounds like a precursor to the ’92 reinvention, but with more country sass.

Axl Is God. Though Impulsia recored this in Sweden only a few years ago, the hair metal attitude sounds like the Sunset Strip circa 1987.

Eläkeläiset are a Finnish “humppa” (think polka) band that for 20 years has made a career turning popular songs into fast-paced accordion jams. Whether it’s rousing or grating probably depends on how many pints you’ve had.

The best of the jazzy covers by some distance, Caribbean singer Henri Salvador’s version brings a Dean Martin swing. There’s no anguish here, just a devil-may-car swagger and a fedora tipped just so.

Without question, the cover by never-ran ‘70s sibling act Valvadere Brothers must be listened to while admiring the truly incredible album cover.

Buy the original ‘Layla and Other Assorted Love Songs’ at iTunes or Amazon.