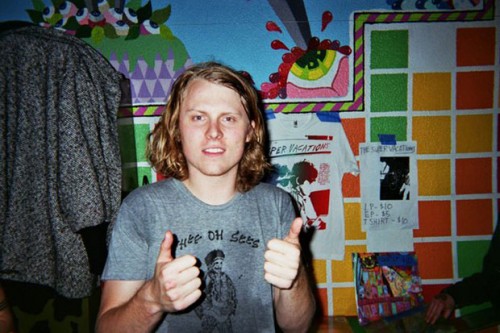 In honor of the 45th anniversary of  “The Velvet Underground & Nico,” Castle Face and Universal will be releasing not only the record’s 458th reissue (really), but also a covers compilation of the album. The covers compilation, one of six CDs in the limited edition box set, features a handful of Bay Area rockers. Although the set is not available until October 30th, you can listen to and download Ty Segall‘s manic rendition of “Femme Fatale.”

Instead of trying to mimic Nico’s understated moodiness, Segall does a 180 with frantic, distorted guitar and hysterical yelps. Rooted in 60s psych rock, this cover is a great companion to one of the most influential and critically acclaimed albums to come out in the past 50 years.

Ty Segall just released his newest LP, “Twins” and is touring for it. Go to his official website and see if he’s touring near you.