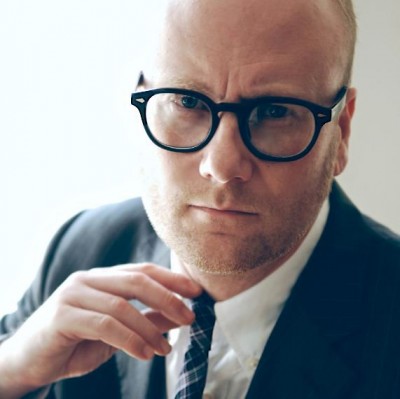 Mike Doughty, who first found fame in the mid-90’s with his alt-rock outfit Soul Coughing and has been a solo act since 2000, announced last week that his next album will be comprised of nothing but covers. The Flip is Another Honey, due out November 6th, has a tracklist covering commonplace songs (“Take Me Home, Country Roads” by John Denver, “Southern Girls” by Cheap Trick) and lesser-known tracks (“Boy + Angel” by Doveman, “Ta Douleur” by Camille, “Mistress” by Red House Painters).

Not all the tracks are strictly covers; for example, John Denver’s “Sunshine” features a sample of the original with Doughty rapping his own verses, and the Stone Roses‘ “Tightrope” features the same formula, but Doughty is no stranger to the straight cover. His past albums have included great covers of Daniel Johnston, the Magnetic Fields and Mary J. Blige. Check out the two John Denver songs below (“Country Roads” features singing by Roseanne Cash) to get a feel for how he can make a song his own.

Check out more about the album at Doughty’s site