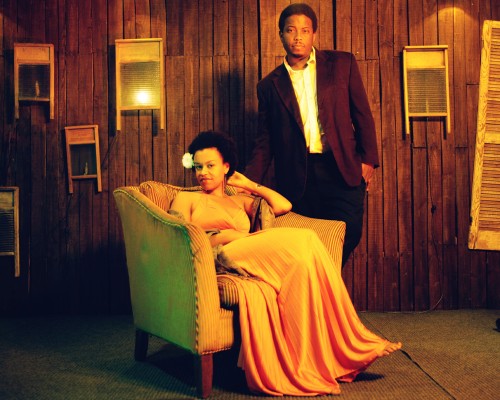 Arcade Fire just performed a new song in NYC last week and, from the sound of the shaky live video, it holds promise. The real new Arcade Fire everyone should be buzzing about though is by San Francisco duo Meklit & Quinn. This pair of jazz-educated musicians just released their self-titled debut, covering everyone from MGMT to Patti Smith with grace and delicacy. Their version of Arcade Fire’s “Neighborhood #1 (Tunnels)” belongs in the annals of great AF covers.

We saw an acoustic preview last year, but the simple new music video blends the song with silhouettes, interpretive dancing, and a ladder (because perhaps a tunnel would be too on-the-nose). Stay for the end credits, to see the decidedly old-school filming technique.